On 24th October, 20 fighter planes are going to land and take off from Lucknow-Agra Expressway in an exercise conducted by Indian Air Force. It will include planes from the MiG category like Jaguar, Sukhoi, and Mirage. In addition, MI-17 helicopters and Carrier Aircraft Hercules-C17 will also be seen flying on the expressway.

Scheduled to go on from 10 am to 12 pm, this is the first time that a fighter plane exercise has been organized on an expressway at such a large scale. During this operation, the route will be kept free from the vehicle transmission. The responsibility of managing the exercise is rested with Uttar Pradesh Industrial Expressway Development Authority (UPDA), which has started all the preparations. 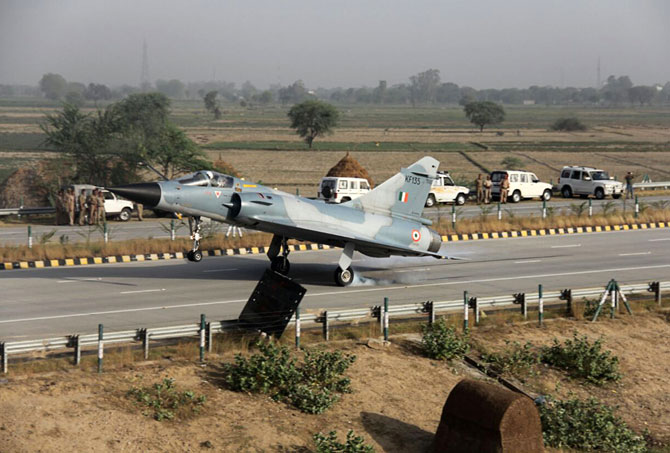 Expressways in UP with Air Strips

In Uttar Pradesh state, the Yamuna expressway built between Noida and Agra is the first expressway of India where Jaguar Fighter Plane had landed. Later, a similar airstrip was set up on the Lucknow-Agra Expressway. Now another air strip is going to be designed on the Yamuna Expressway stretching from Lucknow to Baliya. Soon, there are going to be three expressways in UP with the facility of fighter plane landing.

This expressway measures 302 kms in length and took a record time of 22 months for construction. Built at the cost of around INR 13,200 Crores, it’s the longest 6-lane expressway in the country. It can even be subjected to expansion for up to 8-lanes. On 21st November, when the expressway was inaugurated, the Miraj and Sukhoi fighter planes of Indian Air Force had showcased a touchdown here.

Air Strip on the Expressway

In view of the war-like situations, the airbase and airports are the first ones to be attacked so that the fighter planes are not able to take off. In such a situation, having air strips on expressways can be really helpful. As a result, Air Force had suggested for building air strips on expressways that are strategically important for the nation.

Death toll rises to 34 in Delhi violence, free of cost treatment offered to injured by Kejriwal