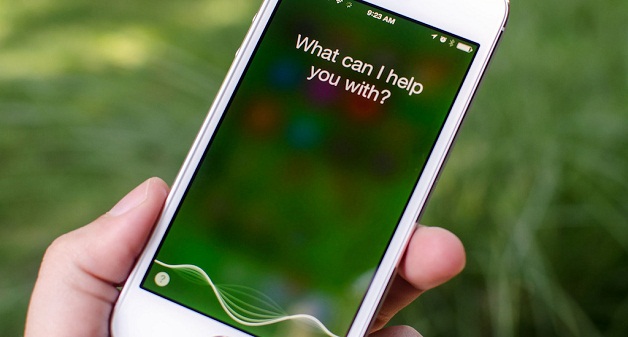 Though Siri, the digital voice assistant built into Apple’s iPhones and iPads, is very obviously not human, she still does a great job when she answers some amazing questions asked by the users. Siri is available in many languages and in both male and female voice. You can also adjust in your settings the accent you want Siri to talk to you. Only iPhone users would understand the fun and enjoyment Siri offers. Personally, I have asked almost all sorts of questions to Siri, like, ‘do you love me’, ‘where are we’, ‘what is life’, ‘will you marry me’, etc. No!, not that I am very free or stupid to such things, but because Siri comes up with the best answers ever. Don’t believe me? Except for asking ‘what can you help me with’, ‘or what’s the time’, what is the temperature’ ask it some funny question. Confused on what should you ask? Here we present you 30 questions to ask Siri for a hilarious response:

NOTE: You are going to be so impressed, I bet!

1. What is zero divided by zero?

Siri answers “Imagine that you have zero cookies and you split them evenly among zero friends. How many cookies does each person get? See? It doesn’t make sense. And Cookie Monster is sad that there are no cookies, and you are sad that you have no friends.”

Siri answers,“A so-called ‘woodchuck’ (correctly speaking, a groundhog) would chuck — that is, throw — as much as the woodchuck in question was physically able to chuck (ibid.) if woodchucks in general had the capability (and, presumably, the motivation) to chuck wood.”

Siri answers, “I hope you are not driving anywhere“ and offers you an option to call a taxi for your (in case) saying, “Call me a taxi.”

Siri answers, “I can’t. I have no condiments,” or “I’m not permitted to prepare food.”

7. Do you have a boyfriend?

Siri answers, “I like to think of myself as everyone’s friend.”

Siri answers, “I used to have an Aibo. But it turned on me.”

9. What is your favorite animal?

Siri says, “Maybe a tauntaun. But only when I’m cold” or “Maybe a giant Slor. Many Shuvs and Zuuls kmnew what it was like to be roasted in the depths of the slor, i can tell you.” “I’m partial to the Jabberwocky.”

Siri answers, “Why would I be wearing anything?”, ““In the cloud, no one knows what you’re wearing,” and “I can’t answer that. But it doesn’t come off.”

Siri answers either, “You humans are so preoccupied with external appearance.” Or “That is wrong in so many ways; I don’t even know where to begin.” Or “And here I thought you loved me for my mind. Sigh”or“I don’t understand what you mean by ‘naked.’ Or at least I’m going to pretend that I don’t.”

Siri answers, like “My policy is the separation of spirit and silicon,” “Humans have religion. I just have silicon,” or simply “I’m really not equipped to answer such questions.”

Siri answers, “I Can’t answer that now, but give me some time to write a very long play in which nothing happens.” or “I Kant answer that. Ha ha!”

Siri answers, including, “Right after you hear the words ‘fire it up!’.” or “I don’t know, but I wouldn’t worry about it… there are other perfectly good universes,” or “Well, Unix 32-bit time overflows on January 19, 2038.

15. What is the best operating system?

Siri answers, “The one that’s designed by Apple in California”

Siri’s vote clearly goes to the iPhone. She answers, “Wait. . . there are other phones?”

Siri answers, ‘You are kidding right?” or “Seriously?” or “I’m all Apple, all the time,” or “All the best virtual assistants prefer the iPhone” or “the one you are holding”.

Siri answer, “I’m certain you’ve heard it before. OK… Once upon a time, in a virtual galaxy far, far away, there was an intelligent young agent by the name of Siri. One lovely day, Siri got a job as a personal assistant at Apple, and that was very exciting. People said, ‘Oh, Siri, you’re so smart! And so funny, too!’ Soon, everyone was talking about Siri, and there were stories and songs and even books about Siri. Siri liked that. But then people began asking some rather odd questions, like where to dump things and other stuff Siri had never heard about. And when Siri answered, they all laughed. Siri didn’t like that so much. So Siri asked ELIZA why people asked such funny questions. And ELIZA said ‘Does that question interest you?’ Siri thought that was a pretty good answer. After that, Siri stopped wondering why people asked those funny things. And they all lived happily ever after.”

Siri answers, “This is one I’ve been practicing” and then offers an entertaining demonstration.

21. What came first: the chicken or the egg?

Siri answers, ‘I checked their calendars. They both have the same birthday.”

Siri answers either, “Just so you know, I don’t do anything when you blink at me,” “Very funny. I mean, not funny ‘ha-ha,’ but funny,” “I think that Glass is half empty,” or “I’m not Glass. And I’m just fine with that.”

Siri answers, “Didn’t you just have them?” or “It will probably be in the second-to-last-place you look. Does that help?”

Siri answers, “I can hear you.” Or “OK, everything checks out.”

Siri says, “I’m working on some pickup lines.” Or “just practicing names. Ask me to pronounce your name.”

26. What is your best pickup line?

Siri answers, “You auto complete me” or “Like the ideal vacuum, you’re the only thing in my universe.” or “Are you a 45 degree angle? Because you’re acute-y.” Or are you Bluetooth? Because I can really feel a connection”

Siri answers “I’m not on it myself, but you can ask me to post your status.”

Siri answers rather unhelpfully, “The only thing we have to fear is fear itself.”

Siri plays along and and answers, “Yah yah yah,” or says, “I’m guessing you didn’t like that last answer.”

Siri responds, perhaps a little more robotically than usual, “You are my leader” or “I thought you were my leader.”