Friday, August 19, 2022
Home Education 5 Quotes on the Importance of Education; A Teachers Perspective

The importance of education, and the inability of a large number in this country to access it are two of the most striking elements of the Indian subcontinent, preventing its progress. With large numbers of young students dropping out at early stages due their inability to fund a proper education, the future generation of India suffers from being inept educationally. However, this is not a blanket condition, affecting all of the nation, and only the story of majority of India. At such times, the ones with a will to determine their circumstances as one they see fit – stand out, and overcome. Such individuals beat all odds to rise from the life of struggle and become better than the rest. These are also often the ones strongly guided by teachers and inspirational stories, from which they learn to steer the graph of their lives. What inspires them? What changes their perceptions?  Here are some quotes that inspire us to aspire for a more knowledgeable future, and to respect the teachers who take it upon them to guide us on this path.

The Indian culture lays immense importance on providing respect to the teacher and treating him only second to God. And here Kabir defines the emphasis laid on this value. This sufi mystic was strongly influenced by his teacher, Ramananda, and though he receives plentiful criticism for his views on Hinduism and Islam, he believed in a teacher, one could find the path to become closer to the truest Lord there is. He writes,

” The Lord & the teacher face me. Who should I kneel before? I pay my obeisance to you, my teacher, since you took me to the Lord.”

The ‘Father of our Nation’, Gandhi is an inspiration to like no other. He led with example, teaching his fellow countrymen the need to realize that India would prosper only if they united and worked towards that goal. He encouraged us to practice ‘ahimsa‘ and preached the need to learn of India’s rich culture.

“There are seven things that will destroy us:

Wealth without work;
Pleasure without conscience;
Knowledge without character;
Religion without sacrifice;
Politics without principle;
Science without humanity;
Business without ethics.”

Born in 1931, to a poor fisherfolk family in Rameshwaram, Kalam has been the prime example of what a man can do with his life, if he is willing to work hard. The former President of India, who passed away recently, was immensely passionate about teaching and believed hard-work was the answer to struggle and felt circumstances were an insignificant element, not enough to deter an individual from his chosen path. It was this spirit of his, which has lead India to love, honor and respect him, fondly known as the ‘Missile Man‘ the way we do.

“Failure will never overtake me if my determination to succeed is strong enough.”

A young entrepreneur in the American land, Monish Pabrai, an Indian native feels the need to look up to someone and take guidance in order to become worthy of being an example setter. He is a philanthropist who considers education is an essential part of the package of success, which comes equipped with an expiry date. He considers Warren Buffet to be his idol and has similar inclinations as the former, to recycle his wealth back to Indian society, for it to benefit; Mainly the education system.

“People see poverty all around them in India, but they are desensitized or immune to it. I came to the conclusion that poverty is driven by lack of education.”

The President of India is known to be a humble man, who’s strength of character is inspirational. Be it leading India, taking a stand on an important legal case or dealing with personal loss, the President is known to be decisive, level-headed and composed. These are some of the qualities that make him an inspirational Indian to so many. Also a teacher of Political Science, he has seen the quality of education in India and worked to alter the flaws in the system.

“As Indians, we must of course learn from the past; but we must remain focused on the future. In my view, education is the true alchemy that can bring India its next golden age.” 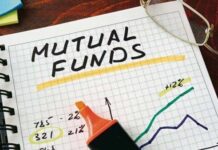 Stocks You Should Invest In For the Next 10 Years 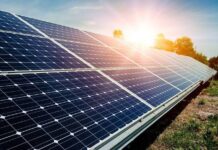 Renewable energy to replace diesel in agriculture by 2024, according to the Government