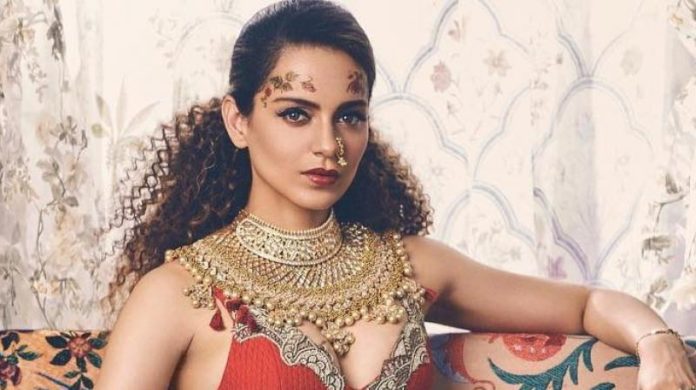 Bollywood actors are bound to be owners of sprawling houses, palatial farmhouses, and Actress Kangana Ranaut is no exception. Her Manali bungalow has already garnered a lot of eyeballs due to the out of the box construction and princely elements including the decor.

She also let Architectural Digest India in to catch a glimpse of her mansion. The magazine’s May – June 2018 issue will be covering the awe-inspiring property, stationed amidst snow-capped mountains.

“At the main entrance, Kangana Ranaut, dressed in Gucci and Dior loafers, stands against the charcoal grey facade with strips. The white windows with louvered shutters add to the old mountain home mix,” stated Architectural Digest.

“The house is huge, as you would expect it to be. But it’s got that white-picket-fence charm,” the mag adds.

Kangana got hands on the fully finished home in November 2017. It took nearly nine months to complete the entire construction of the house. “I gave Shabnam (interior designer) carte blanche, except for the timber ceiling in the living room, which I took a picture of in New York, and sent to her. I trusted her with everything. Later in life, I imagine I’ll have a clearer idea of my taste in interiors, but for now, I just wanted it finished while I was filming,” Kangana told to the mag.

Architectural Digest also gave sneak peek into the interiors of the exquisite home. They revealed that an armchair kept in Kangana’s master bedroom is as bewitching as royal. Ralph Lauren Home is the source of the bedsheets and it is not surprising that the lights have been procured from the Mumbai’s Chor Bazaar. The bedspread is from

“I thought this would be a retreat but it’s the ultimate party house,” Kangana told Architectural Digest while mentioning what her assistant does for her when she gets wine!