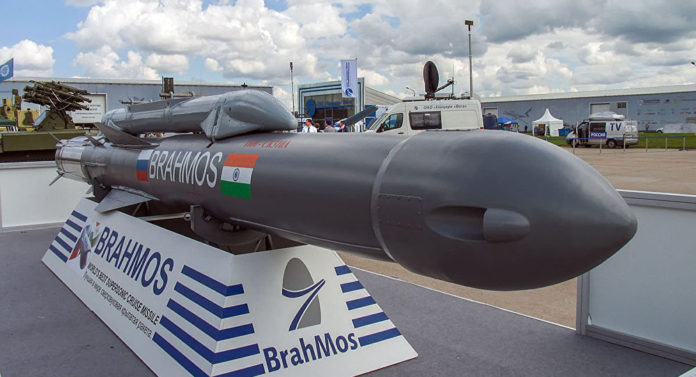 India successfully tested BrahMos supersonic cruise missile, developed jointly by Russia and India, on the second consecutive day on Tuesday along the Odisha coast. The missile was test fired from a mobile launcher stationed at Launchpad 3 of the Integrated Test Range (ITR) at 10:40 am.

The trial was conducted to validate its “life extension” technologies developed for the first time in India by Defence Research and Development Organisation along with team BrahMos.

On the occasion of the successful launch of BrahMos with new technology, Defence Minister Nirmala Sitharaman congratulated DRDO scientists.

The successful test will result in huge savings of replacement cost of missiles held in the inventory of Indian Armed Forces. 2/2

Reportedly, the successful test will contribute to huge savings in the form of the replacement cost of missiles that is held in the Indian Armed Forces inventory. It’s a two-stage missile including a solid state and a ramjet liquid propellant. While Army and Navy have already received it, the Air Force has now conducted a successful trial.

BrahMos has variants that can be launched from land, air, sea, and underwater. While the land and naval units are already in use, the Air Force is likely to receive at least 2 Sukhoi-30 MKI squadrons with 20 planes each. These will be equipped with the air-launch variant of BrahMos which is 500 kgs lighter than the naval and land variants.

As per the reports, BrahMos is the first Indian missile to have had its operational life extended from 10 to 15 years. Also, the range of these missiles has been extended from the earlier limit of 290 km to 400 km the extended range variant was successfully fired in March 2017.

The scientists also told the media that the missile range can now be further extended from 400 km to 800 km after India’s induction in the Missile Technology Control Regime.