Bollywood babes are gearing up for the annual Cannes film festival at the French Riviera and amid all this, Indian TV actress Hina Khan shined bright at the Cannes 2019 red carpet on Thursday. Here are some interesting updates coming out.

The Kasautii Zindagii Key actor Hina Khan walked the red carpet and totally owned it. Wearing a grey shimmery gown with a modest train, Hina was in her elements as she smiled and waved at the photographers.

Meanwhile, Kangana Ranaut is on a transformation spree for this year’s Cannes Film Festival and lost 5 kgs in just 10 days to look her best at the French Riviera. Isn’t it inspiring?

A series of posts shared by the actress’ team of Instagram revealed that the actress has been sweating it out in the gym to get in perfect shape for the Cannes 2019.

Amid all the chaos about Cannes, diva Sonam Kapoor’s nutritionist Radhika Karle recently revealed more about the actress’ Cannes prep.

Sonam Kapoor will reportedly walk the red carpet on May 20 and May 21 pic.twitter.com/8oKGOdEwej

Elaborating on Sonam’s red carpet look, Karle further said, “Red carpet outings involve high slit gowns and backless outfits, so we keep the leg work though. There is as much emphasis on upper body workout because one needs to have a toned back to flaunt those dresses.

The nutritionist also revealed details about Sonam Kapoor’s diet and said that the actress loves gorging on homemade food and even eats a special Keto chocolate. Karle went on to say that Sonam follows a light a vegetarian diet which includes a lot of fluids like coconut water and a concoction of broken down protein which she drinks when she is working out. “She also prefers to eat simple home-cooked food like roti, daal, sabzi,” Karle said. 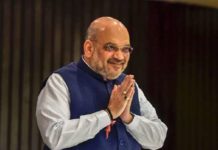