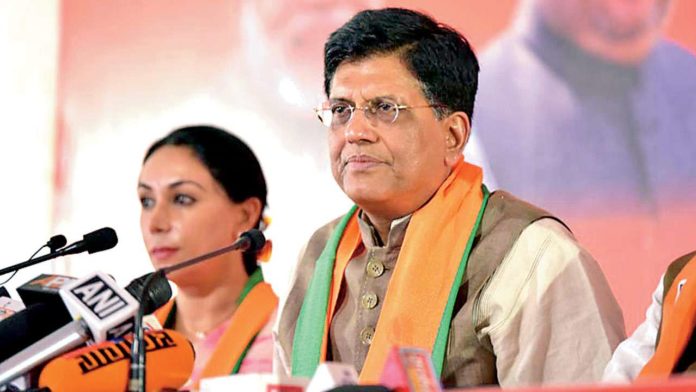 Union minister Piyush Goyal visited the poll-bound Rajasthan on previous days. Goyal said that the Congress party’s history is marked by corruption, communal tensions, and nepotism. The party even had done no development work in the country.

Addressing the media in Jaipur, Goyal said Congress does not want to be reminded of its history because they have nothing to show. ‘Their history is riddled with corruption, their administration was marked by casteism and under their governments, and communal forces got stronger. Other than nepotism, Congress did not do any development in the country.’

Minister Goyal said that the BJP is seeking votes on the basis of its development work while Congress is playing negative politics. He said ‘the BJP sees power as a service to the people and not as service to one family. Those who are doing politics based on lies will never be successful.’

Further, Goyal said that people understand what is good for them and which party is concerned about the country, the poor, the cities, and about the future of the country.

Goyal cleared the air by saying the party did not give tickets on the basis of caste or religion. ‘The party did surveys and took feedback about candidates. The tickets were given after assessing the winnability and performance of candidates.’ he added.

Congress had a questionable amount of T&D losses

Asked about T&D losses of electricity, Goyal said the losses had reduced across the country as well as in Rajasthan. ‘Earlier under the Congress regime, the electricity losses were hidden. Under the tenure of Ashok Gehlot, the annual loss of the electricity companies had reached Rs 15,000 crore. Gehlot is answerable for that.’ he claimed.

Further, Goyal said under the Gehlot government, the cumulative loss and debt of electricity companies reached Rs 75,000Cr for which the state and country are paying. ‘People will give a befitting reply in the elections.’ he said.