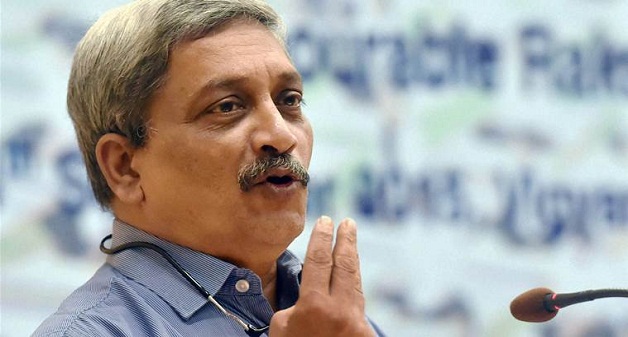 Conflicts between India and Nepal have been from ages. One after the other both the nations have been blaming each other for some or the other thing. Pakistan on one hand have been intruding the borders for long and have been reason of the current unrest in the state of Jammu and Kashmir. Defence Minister Manohar Parrikar on Tuesday said, “Going to Pakistan or to hell is the same thing. Unable to inflict major damage, Pakistan is trying to inflict small wounds.”

Prime Minister Narendra Modi , during his Independence Day speech said, “From the ramparts of the Red Fort, I want to express my gratitude to some people – the people of Balochistan, Gilgit and Pak-occupied Kashmir (PoK) – for the way they wholeheartedly thanked me, the way they expressed gratitude to me, the way they conveyed their goodwill to me recently.”

PM Modi further added, “When children were killed in terror attack on a school in Peshawar (about two years back), there were tears in our Parliament. Indian children were traumatised. This is the example of our humanity. But look at the other side where terrorism is glorified.”

Home Minister Rajanath Singh had also marked Pakistan responsible for the current unrest in the Kashmir Valley ever since the killing of Hizbul Mujahideen commandor Burhan Wani. .On 10 August, he had in the Rajya Sabha, “What is happening in Kashmir is sponsored by Pakistan.”

He had also responded to Pakistan PM Nawaz Sharif’s statement on Jammu and Kashmir and had said that “no power could take away Kashmir from India.Two weeks ago, Pakistan PM Nawaz Sharif said that he is waiting for the day when Kashmir will become Pakistan’s. He has also written a letter to the UN Secretary General saying there should be a plebiscite in Kashmir. On the basis of the statements made in the House, I can say that no power in the world can take Jammu and Kashmir from us. If there is dialogue with Pakistan, it won’t be on Kashmir, it will be on Pakistan-Occupied Kashmir.”