India’s capital Delhi is struggling from the air pollution, apparently listed as World’s, most polluted city. The reason of such high pollution can be blamed over cars, industrial fumes and burning of garbage and industrial waste.

However, on the brighter side of Delhi, two of its youth Tarun Mehta and Swapnil Jain started working on Ather energy source, to convert massive scooter into an electric ones and raised $13 million for their first electric scooter. The duo wants to inject a bit of environmental consciousness into the Indian psyche, using Tesla’s high-end approach by not compromising on design and aesthetics.

Both Mehta and Jain met each other at Indian Institute of Technology in Chennai. Prior getting into electric vehicles they both use to sell batteries. But no time they got aware that buyers always prefer finished product.

In an interview with Forbes online magazine they said “We always wanted to produce clean energy, hence the name, ‘Ather Energy”. Explaing about the Ather energy said “It refers to Greek origins, ‘aether’ which is known as cleanest air possible.”

“We are students of product design and circumstances brought us in front of a lot of EV owners and we could see a product gap.  They were evangelists of the technology but hated the product.”

The duo has spent couple of years on developing the design for their first model: S340. In the words of Tarun Mehta “the goal is to create a product which is as good as the petrol-based two-wheelers available in the market. It has the capacity of around 75 Km per hour and can be charged in just an hour, using existing power sockets.”

“We’re talking a charging time as long as a lunch break,” he added.

India has witnessed a few electric scooters in the market, one of such was launched by Hero and it runs on a speed of nearly 30 Km per hour, a only drawback of these models were that they had limited battery life which lasts not more than a year. In addition to this the electric charging facility is almost un-available. “That’s why we see an opportunity,” says Tarun Mehta.

“Long term we will be selling to a mass market. Not niche,” he clarifies.  The reason for going high end is simple: people want a nice machine, not just the eco-friendly tag.

According to Tarun and Swapnil, problem of pollution will not solve, even if the scenario gets uglier than that of present, a simple argument to support this Swapnil says “in India a two-wheeler buyer is hardly worried about the environmental cost, rather they are more incline towards design and power of their two-wheeler.”

The electric two wheeler designed by them will be the first vehicle to be designed and manufactured in India, this is the main reason why this duo has invested two years on the project. They have also received funds from number of companies, which includes Flipkart – an e-commerce giant which gave them $1 million as an initial capital. The other fund provider for this project has Tiger Global, Warby Parker and Airbnb, which funded them with $12 million for Ather. 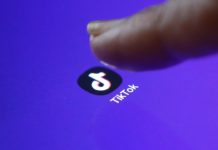