In a 2018 case of bourse manipulation, the CBI arrested Chitra Ramkrishna, the former CEO and MD of the National Stock Exchange (NSE). The agency arrested Anand Subramanian, NSE’s former group operating officer and Ramkrishna’s subordinate and confidante, last month, making this the second high-profile arrest in the case.

“After questioning, Ramkrishna has been arrested and will be brought in a competent court on Monday,” a CBI officer said. The agency had previously questioned Ramkrishna, Subramanian, and former NSE CEO Ravi Narain last month.

The CBI action follows allegations that Ramkrishna was communicating secret bourse information with a “Himalayan Yogi” and that she had appointed Subramanian in breach of norms.

Ramkrishna was fined Rs 3 crore by SEBI on February 11 for breaking the regulations in his appointment.

According to SEBI, Ramkrishna was instructed by an anonymous “paramahansa who may be primarily residing in the Himalayan Ranges” during her stint as NSE’s MD and CEO from 2013 to 2016, including Subramanian’s hiring.

According to an Ernst and Young audit assessment, the Yogi might be none other than Subramanian himself. Investigative organisations, on the other hand, have yet to come to any conclusions about the Yogi’s true identity.

The CBI’s case involves allegations that some brokers were offered preferential access to the NSE’s trading system in exchange for purchasing “rack space” for their servers through a co-location service. These traders, according to the agency, gained speedier access to the Exchange’s data flow – even a split-second edge might result in significant earnings.

A CBI team visited the SEBI office in Mumbai last month to collect papers pertaining to the case in which Sanjay Gupta, the owner and promoter of Delhi-based OPG Securities Pvt Ltd, and others have already been arrested.

Gupta allegedly “abused” the NSE server architecture in a criminal conspiracy with “unknown personnel” from the Exchange between 2010 and 2014, according to the CBI.

“Gupta, with the help of his brother-in-law Aman Kokrady and other unidentified individuals, oversaw NSE’s data centre workers, who relayed information about the NSE exchange servers’ switch-on times. Furthermore, certain NSE officials granted OPG Securities Pvt Ltd access to servers that were technologically advanced and least busy at the time. This aided OPG Securities Pvt Ltd. in becoming among the first to connect on to the NSE’s exchange server,” according to the CBI’s FIR. 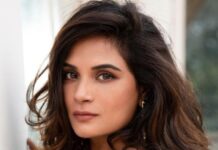 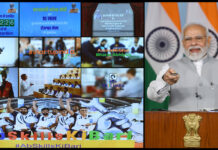