A potential vaccine for Coronovirus that was under development by the researchers at Oxford failed in its pursuit to protect vaccinated monkeys from being infected by the virus. However, on the brighter side the tested animals were protected from pneumonia.

The vaccine candidate, ChAdOx1 nCoV-19, being tested is a weakened form a common cold virus (adenovirus) that affects chimpanzees but has been neutered to prevent replication in humans.

Reports of the candidate vaccine’s performance in monkeys (rhesus macaque) had prompted researchers to test the vaccine’s potency in humans. Reseachers promise also led to Indian vaccine manufacturer, the Pune-based Serum Institute announcing plans to manufacture a four to five million doses by end-May in India. It is one of seven global institutions that will manufacture the vaccine being developed by the Oxford Vaccine Group.

However, detailed results of the trials in monkeys available on pre-print server bioRxiv suggest that, based on these results, the vaccine may not be the ultimate solution for protecting people from being infected and passing on the infection to others. The research paper is yet to be peer-reviewed.

Rajesh Gokhle who right now is a faculty at National Institute of Immunology and former head of the CSIR-Insitute of Genomics and Integrative Biology has said that in an “ideal” world, no company would continue testing the vaccine in humans based on the available data in monkeys.

“We have presence of the virus in the upper respiratory tract (of the animals). It is possible that these can come down again to the lower respiratory tract (and cause pneumonia). Ideally, if you’ve been inoculated with the vaccine, you should be able to substantially clear out the virus,” he told the print media.

The researchers acknowledged the presence of virus in the upper respiratory tract. “Despite this marked difference in virus replication in the lungs, reduction in viral shedding from the nose was not observed,” they said. 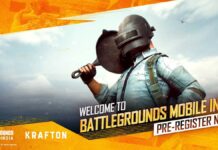