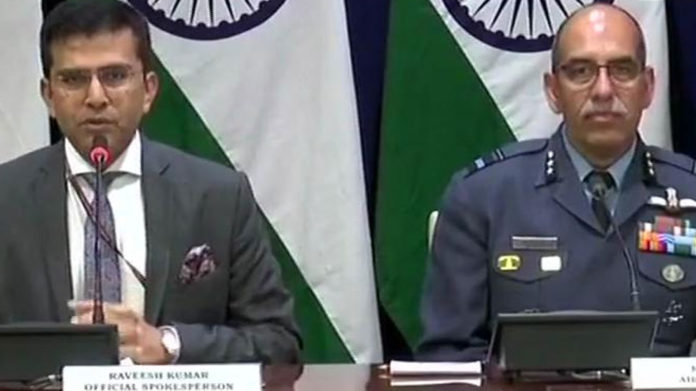 Indian pilot who was declared “missing in action” after an Air Force fighter jet shot down a Pakistani aircraft targeting military installations in India, is in Pakistan’s custody, the government has confirmed. Pakistan had earlier today claimed it had captured the IAF pilot in Pakistan Occupied Kashmir, as a video circulated by Pakistani accounts showed a man in uniform, blindfolded and wounded.

India strongly objected to Pakistan’s vulgar display of injured personnel of the Indian Air Force in violation of all norms of International Humanitarian Law and the Geneva Convention. It was made clear that Pakistan would be well advised to ensure that no harm comes to the Indian defense personnel in its custody. ‘India expects his immediate and safe return.’ the foreign ministry said in a statement.

The pilot is missing in action. Pakistan has claimed that he is in their custody. We are ascertaining the facts,” said Foreign Ministry spokesperson Raveesh Kumar, addressing the media alongside Air Vice Marshal RGK Kapur.

The government said that Pakistan had responded to its “counter-terrorism action” by using its Air Force to target Indian military installations, but the attempts were foiled.

The Pakistani F-16 aircraft shot down by MiG 21 Bison, crashed on its territory in the Lam Valley area.