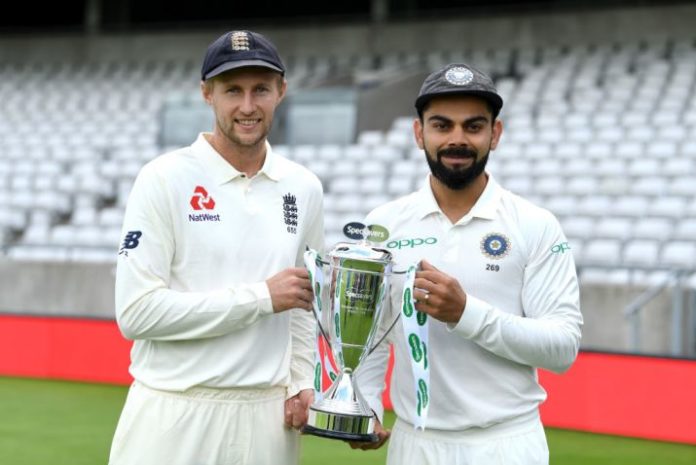 The India vs England Test Series starting from today is going to be a crucial one for Virat Kohli and his team. The 5-match series will be a difficult task for India considering that the last time it won over England soil was in 2007 under Rahul Dravid’s captaincy.

Followed by the 2007 win, India had to face a defeat twice in the year 2011 and in 2014 under MS Dhoni’s leadership by 4-0 and 3-1 respectively. Needless to say, this test series is a golden chance for Virat to prove his prowess as the captain seeks to lead India to a series win this time.

Interestingly, this is going to be England’s 1000th Test at Edgbaston and India’s record at Edgbaston is extremely worrisome with 5 losses in 6 tests since 1967. However, the ball is not fully in England’s court because the English Men have won just 1 out of 9 tests against Australia, Pakistan, and New Zealand.

While Wicket Keeper Dinesh Karthik had toured England during the 2007 series win, Captain Kohli, Ishant Sharma, and 7 others have participated in the 2011 and 2014 tours.

Meanwhile, Rahul Dravid, the last Indian captain to lead the team to victory on England soil, believes that the Kohli squad will succeed in clinching the series if it picks 20 wickets.

He said that during the 2007 game, it was a 3-match series so the team couldn’t afford to start badly but this time it’s a 5-match series and hence the team will get more time. He said, “If we get our best bowling lineup for at least 4 of the 5 games, we will give ourselves a good chance.”

Well, all eyes are glued to Captain Kohli now as India starts its 5-match series against England in Edgbaston. If India succeeds in claiming the title, it will be a big feat for Virat Kohli.