Well, as the e-commerce giants are quite dwelling making their presence by  taking over the market, they have now making its route through IPO. In this brigade, Infibeam, the Gujarat based e-commerce store has received markets regulator Securities and Exchange Board of India’s (SEBI) approval to deal with an Initial IPO of Rs 450 crore. Initial public offering (IPO) or stock market launch is a type of public offering in which shares of stock in a company usually are sold to institutional investors that in turn, sell to the general public, on a securities exchange, for the first time.

With this step, Infibeam has become the first major to tap into IPO with an estimated deal of Rs 450 crore through an initial public offer. Gujarat-based Infibeam had filed the Draft Red Herring Prospectus (DRHP) with SEBI on June 30 for a public issue of its equity shares through which it aims to raise up to Rs 450 crore.

Infibeam the online shopping portal competes with the market giants Flipkart, Amazon, snapdeal, and other top most market leaders. Infibeam has proposed to list the shares on NSE and BSE both. As known the issue is being taken care by  SBI Capital Markets, Elara Capital Plc, ICICI Securities and Kotak Mahindra Capital Company.

Infibeam founded by Vishal Mehta was a Cornell and MIT Sloan alumnus started in the year 2007, that runs several e –commerce services like Infibeam.com, Indent, BuildaBazaar, Incept and Picsquare. Last year, Sony Music had bought a 26 per cent stake in Indent.

In June this year, it was announced by the market regulators to formulate easier norms for listing of startup firms on a separate platform of stock exchanges. However, Infibeam has decided to go for listing on the main board.

The 75 percent of the shares will get allotted in the proportionate basis to those qualified institutional investors and 60 percent of this portion may get submitted to the anchor investors on a discretionary basis. Besides, 5 per cent of the qualified institutional buyer (QIB) portion (excluding the anchor investor portion) would be available for allocation on a proportionate basis to mutual funds only.

According to Infibeam, it has been planned  to utilize the IPO proceeds towards setting up of cloud data centre and shifting, registered and corporate office of the company, 75 logistics centers, purchase of software and for general corporate purposes. 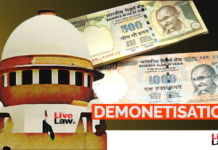 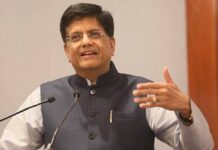 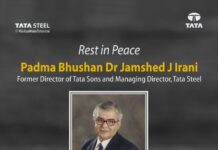