Koffee with Karan Season 6 is running and there are quite special guests coming on each episode. The questions are framed as such that the answers create a real stir in the industry. The last episode had Priyanka Chopra and the fabulous Kareena Kapoor Khan sitting on the couch this time.

Here are the snippets from the last shot episode of Koffee with Karan. The host and the brainchild of the show Karan Johar got them talking about everything early in the day, as the three of them had to head to Ambani’s wedding later in the day. 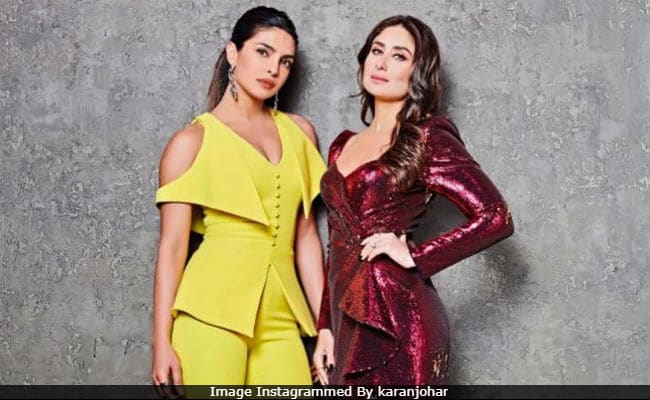 Priyanka tied the knot with American pop singer Nick Jonas, and the wedding fervor has finally ended, with all the major weddings now coming to a halt. While Priyanka Chopra is busy with her films, Kareena has too much on her plate – she will next be seen with Akshay Kumar, Diljeet Dosanjh and Kiara Advani in Good News and later in Karan Johar’s Takht, which also stars Alia Bhatt, Ranveer Singh, Janhvi Kapoor, Bhumi Pednekar, Vicky Kaushal and others.