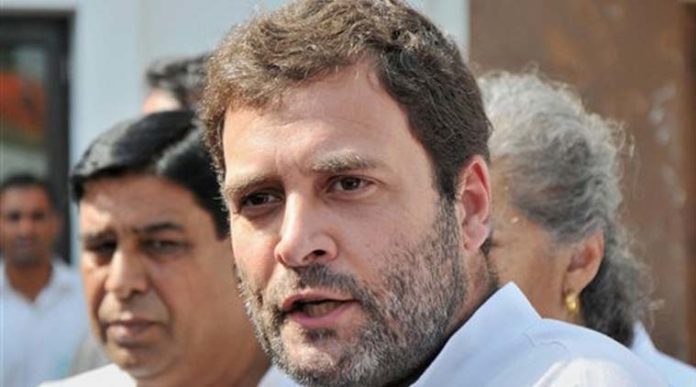 Congress President Rahul Gandhi expressed regret to the Supreme Court for his comments on its order on the Rafale deal. Rahul accepted that he made this comment in “the heat of political campaigning” and the court “never said these words”.

He further added- “My statements were used and misused by political opponents,” he said in his statement to the Supreme Court.

Last week, Rahul Gandhi was accused by the Supreme Court of misquoting it on its Rafale order. He was given a week to explain before the ruling BJP’s contempt case against him was taken up on Tuesday.

The Supreme Court said it wanted Rahul Gandhi’s response. “We never made any such observations commented on by Rahul Gandhi,” said the court.

Rahul Gandhi had made the comments weeks ago in response to the Supreme Court ruling that classified documents accessed by the media can be used as evidence to consider requests to review a verdict clearing the Rafale jet deal.

“I want to thank the Supreme Court. The entire country is saying that Chowkidar chor hai(Chowkidar has committed theft). It is a day of celebration that the Supreme Court has talked about justice,” the Congress president had said in his constituency Amethi in Uttar Pradesh.

The BJP accused him of putting words in the mouth of the top court and sued him for contempt. On Rafale deal, Supreme court asked the government to show the papers of deal with the French government and the dealer company Dassault.