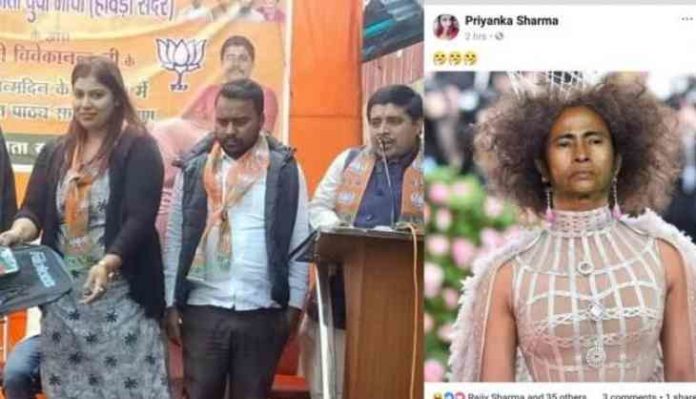 Supreme Court on Tuesday granted immediate bail to Bharatiya Janata Party (BJP) youth wing leader Priyanka Sharma arrested by the West Bengal Police for allegedly posting a morphed image of Chief Minister Mamata Banerjee on social media and also directed her to tender an unconditional apology in writing at the time of her release.

Sharma allegedly shared on social networking site Facebook a photo in which Banerjee’s face was photoshopped on to actor Priyanka Chopra’s picture from the MET Gala event in New York.

Following which, Sharma was as arrested on 10 May by the West Bengal Police under section 500 (defamation) of the Indian Penal Code and under other provisions of the Information Technology Act on the complaint of a local Trinamool Congress leader Vibhas Hazra. Her arrest was followed by protests from the BJP and other social media users.

Referring to the arrest, Senior Advocate Neeraj Kishan Kaul, appearing on behalf of Sharma, said “Such an action against a 25 years old girl shall have a chilling effect to freedom of speech.”

The bench made it clear that because the person who shared the morphed picture belonged to a political party, the court had passed the order of unconditional apology. Had it been a regular citizen, the situation and directions could have been different.

The case will be next heard in July on the question of laws.