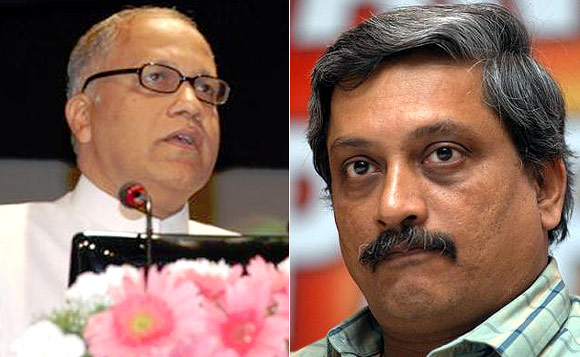 Goa Chief Minister Manohar Parrikar’s health is continuously deteriorating and hectic political activity has taken center stage in Goa. The situation force BJP to churn over a new CM name for the coastal state. In a surprising turn of events, senior Congress leader and former state chief minister Digambar Kamat has reportedly agreed to join the Bharatiya Janata Party or BJP after he was promised chief ministerial post. Various news agencies have reported about the development.

The Congress party on Saturday had staked claim to form the government in Goa after the demise of BJP Member of Legislative Assembly or MLA, Francis D’Souza. Kamat left for New Delhi on Sunday afternoon following the BJP core committee decided to offer him the CM’s post at the cost of leaving the Congress party.

Kamat was second-in-command in the BJP till 2005 when he switched over to the Congress. He held the chief ministerial post from 2007 to 2012.

The Congress party, which has maximum MLAs in the state, is trying it’s hard to form the government in the state by luring independents and regional party MLAs. Earlier the BJP’s ally, Goa Forward Party (GPF), said it would rethink its support in case of “any eventuality”. “Parrikar’s health is a cause of political concern. The BJP is also discussing possibilities, so we, a group of MLAs from our party and independents, met him. We supported Manohar Parrikar, and not the party. So in case of any eventuality, we will rethink (our support to the BJP),” Goa Forward Party chief Vijai Sardesai said.

The strength of Goa Assembly has reduced from 40 to 37 after the death of D’Souza and resignation of two MLAs — Subhash Shirodkar and Dayanand Sopte. Now the Congress is left with 14 legislators, while BJP with 13. The BJP also has the support of three MLAs of GFP and MGP and two MLAs, including one from NCP and an independent.