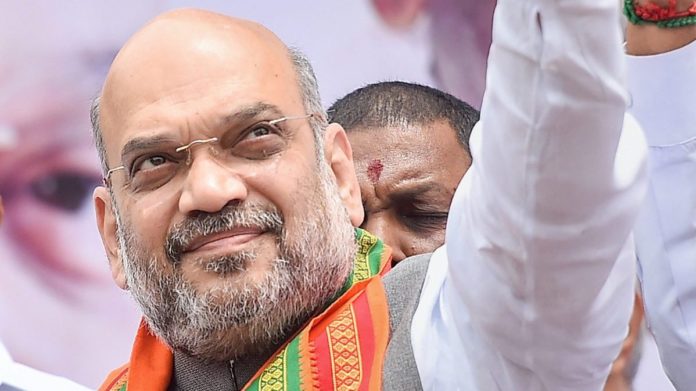 The Bharatiya Janata Party recently released its manifesto and the public is elated to hear the key pointers, which are way more constructive and developmental.

BJP president Amit Shah said Tuesday the Congress has “no leadership and no programme” as he addressed a public meeting in Rajasthan, which goes to the polls on December 7.

Given these pointers, the BJP promises to bring about a tsunami of development across the country. While addressing a rally in Jalore, Rajasthan, ruling party chief Amit Shah exuded confidence in the party’s slogan “BJP Phir Se”. He also condemned the Congress (for all the right reasons). He said – Congress has “no leadership and no programme”.

The state is going to polls on December 7 and the fervor is quite visible. However, the competition has almost disappeared; seemingly, its only BJP in the field for the upcoming elections. The developmental sage which BJP brought into the state is noteworthy, which is why the chief’s confidence is reasonable.

Nobody can oust BJP from Rajasthan: Amit Shah

He said that nobody can oust BJP from Rajasthan. To explain this better, he used the analogy of Ramayana’s Angad. In the story of Ramayana, nobody could lift Angad’s foot in the court of Ravana. He said: “BJP is the foot of Angad, nobody can remove it.”

If this is not enough, he also added that the BJP government was committed to sending back illegal migrants. He also reiterated that the BJP will also retain power in the 2019 Lok Sabha elections. “The Congress is just dreaming of forming the government but the party has no leadership and no programme,” Shah added.

President Shah also lauded CM Raje for her financial management abilities. He said that the government led by CM Raje has increased the state’s revenue and steered the developmental trajectory.