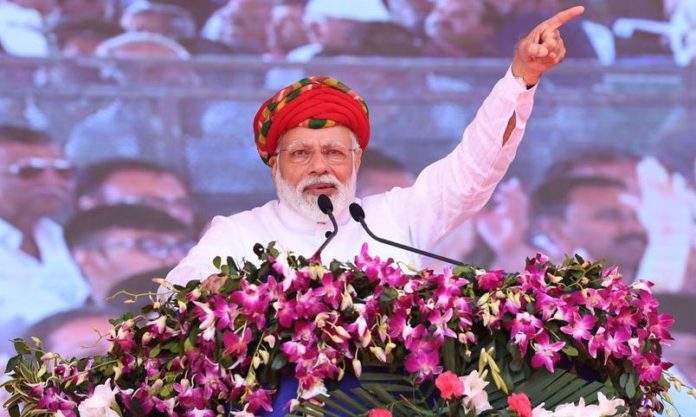 Dubbed as ‘One Nation One Card’, the inter-operable transport card would allow the holders to pay for their bus travel, toll taxes, parking charges, retail shopping and even withdraw money.

Here is how the dream of ‘One Nation, One Card’ was fulfilled today, furthering ‘Ease of Living’ for several citizens. pic.twitter.com/Aw5AV3pQvQ

“This card runs on RuPay card and it will eliminate all your travel related problems. Many times, we do not have the change to pay in cash while traveling in the metro, bus or train, or for toll and parking. To overcome this issue, an automatic fare collection system was introduced,” Modi said.

“Since systems were made by different players, a card issued in one city did not work in another city. Thus, we asked various ministries, departments and even banks to resolve this issue,” he said.

“Now, our dream of ‘One Nation One Card’ has been realized. People can also withdraw money using this Common Mobility Card.

This RuPay card can be used for traveling in metros in any part of the country. In simple terms, we have merged the RuPay card with the mobility card,” the prime minister said.

He said with the advent of this indigenously-developed and one-of-its-kind card, the country is no longer required to be dependent on foreign technology.

“Now, we have this ‘Made in India’ card. Only a select few countries have this technology of ‘One Nation One Card’,” Modi said.

A customer may use this single card for making payments across all segments including metro, bus, suburban railways, toll, parking, smart city, and retail shopping.