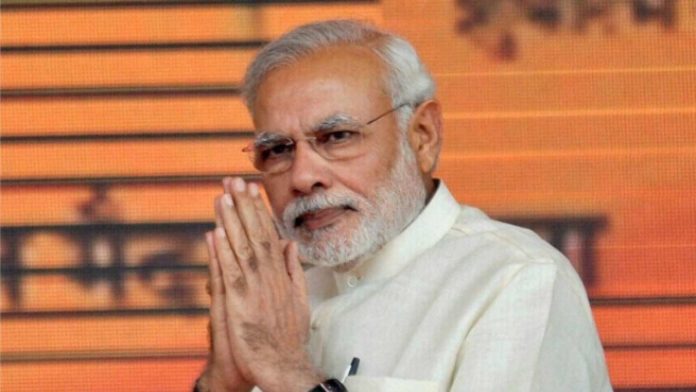 BJP’s name is synonymous to the “action-taker” and more so in the recent past when the outcomes of their schemes and policies are coming to the fore. But it probably isn’t the end. The political party has vowed to show the public what it has done, which we think is a great move from the former party’s habit of just speaking and boasting but not really showing.

On the principles of transparency, PM Modi has decided to meet the beneficiaries of the Pradhan Mantri Awas Yojana (PMAY) in the bountiful land of Sai Baba, Shirdi on October 19. Not only this he will also attend the e-griha pravesh ceremony for 40,000 beneficiaries of the government housing scheme. Isn’t that super cool?

In Shirdi, PM Modi will grace the concluding programme for Saibaba Samadhi centenary. To make the event successful, the government is spending a sum of Rs 2 crores for having the beneficiaries commute to the event. The beneficiary count will be 40,000 for the Pradhan Mantri Awas Yojana (PMAY), who will be attending the event.

Dr. Suresh Haware, chairman of Sai Temple Trust, said, “The events will be held at the hands of the PM at 11 a.m. on Friday at the State Agriculture Corporation grounds.” To add to the splendor, Maharashtra Chief Minister Devendra Fadnavis would also attend the event. Maharashtra Governor C. Vidyasagar Rao will chair the function.

“A number of ground breaking ceremonies have been organised for various projects initiated by the Trust such as the Sai Darshan Q Building and the Sai Knowledge Park among others. The Sai Darshan building project will have 12 halls designed to accommodate more than 18,000 devotees,” Dr. Haware added.

As the elections are nearing, the party’s activity has picked up. The National Democratic Alliance is toying with having Prime Minister Narendra Modi address at least 20 public meetings in the poll-bound states of Madhya Pradesh, Rajasthan and Chhattisgarh.

This is how BJP has strategized their election plans in Madhya Pradesh and Rajasthan. This is what a senior BJP leader said: “For a better election campaign, we have divided Rajasthan and Madhya Pradesh into 10 different zones. We are planning to organise at least one public meeting of PM in each zone or may be two zones can be clubbed. There will be at least 20 public meetings of PM in the three states. We are in the process of finalising the dates.”