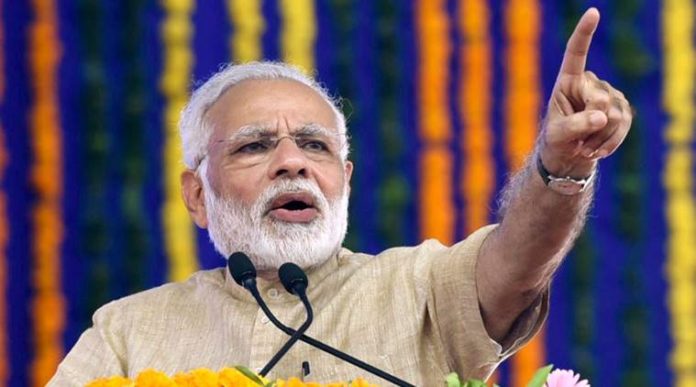 PM Narendra Modi keeps on interacting with the people of the society and his partyworkers through his NaMo app. In the recent interaction with BJP workers, PM shared his opinion about the politics and how badly opposition party has ruined the nation. He accused Congress party of dividing the society into different groups. Know more.

He further added that Congress only divided the people but BJP is busy in spreading happiness amongst people. In his interaction, Congress would also make attempts to create mess in upcoming Assembly elections in five states.

He further added that Congress made same language speaking hostile to each other with bifurcation of Andhra Pradesh and Telangana. Praising the former prime minister Atal Bihari Vajpayee on creation of Chhattisgarh, Jharkhand and Uttarakhand, he created three states after taking into confidence all stakeholders.

Attacking the opposition parties, PM Modi called Mahagathbandhan “a failed idea”. Modi called them opportunists who join hands when needed. He quoted the example of government formation in Karnataka. Similar efforts are underway in Uttar Pradesh and Madhya Pradesh. Hence, BJP workers need to make people aware of the background of these leaders.