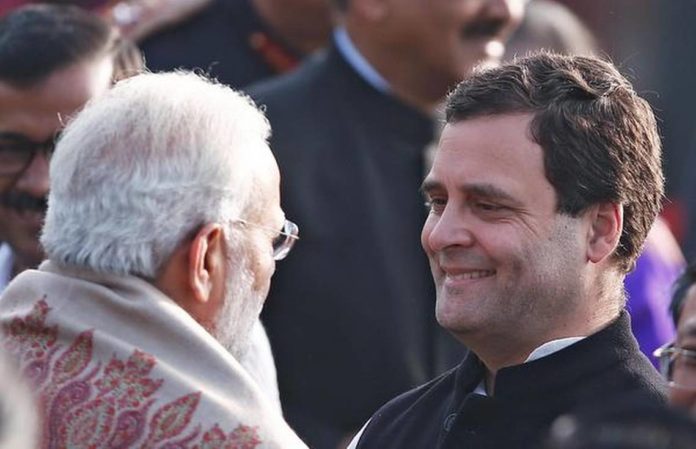 It is known that political leaders always use occasions like birthdays, anniversaries and marriages to overcome their ideological and political differences. These people love to express their wishes at good and bad times. Talking about our PM Narendra Modi, he is quite popular for his magnanimous attitude even towards opposition party. As today is birthday of Congress President Rahul Gandhi, PM didn’t forget to extend his best wishes to him. Know more.

Birthday greetings to Congress President Shri @RahulGandhi. I pray for his long and healthy life.

This post came few hours of Gandhi’s attack on PM Modi. He accused him of turning “a blind eye to the anarchy” and nudging “chaos and disorder” in Delhi through a tweet. This tweet was made as Arvind Kejriwal and Aam Aadmi Party (AAP)’s protest at the Lieutenant Governor’s home in Delhi.

PM turns a blind eye to the anarchy; rather nudges chaos & disorder.

People of Delhi are the victims, as this drama plays out.

Rahul Gandhi
Born on 19 June, 1970, Rahul Gandhi turns 48 today. He is the scion of popular Gandhi family. He is son of former Indian PM Rajeev Gandhi and former National Congress President Sonia Gandhi. He is also grandson of first female PM of country Indira Gandhi. He had done his schooling from India and went abroad for further studies. In year 2004, he joined politics and successfully contested the general elections held that year from Amethi. He won again from Amethi in 2009 and 2014. He is considered to be one of the challengers to the Prime Minister’s post in the 2019 Lok Sabha elections.

In fact, Karnataka Chief Minister HD Kumaraswamy met Rahul Gandhi on 18th June and greeted him ahead of his birthday. As per JD-S sources, it was a ‘courtesy visit’.