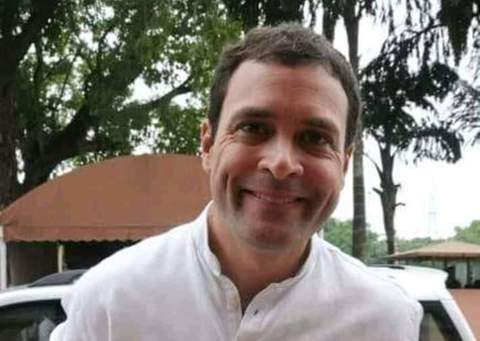 With the CAG’s clean chit to NDA government Rafale deal, which says the NDA deal is 2.86% cheaper than the deal by UPA, twitterati started trolling Congress President Rahul Gandhi. There is a hashtag trending on twitter- #RahulGandhiPagalHai. The tag contains some brilliant memes and deep details about the much-talked Rafale deal.

I'm not saying this. Hear it straight from the horse's mouth.#RahulGandhiPagalHai pic.twitter.com/k4RTHVSPyZ

This is what CAG did to Rahul Gandhi 😂😂#RahulGandhiPagalHai pic.twitter.com/HnBIVUmYEQ

Rahul Gandhi: Before CAG report vs After CAG report

Odd day: Where is CAG Report?
Even Day: CAG Report is worthless.

RT if you agree ki #RahulGandhiPagalHai

Ignore if you are paid by Congress IT Cell pic.twitter.com/Aa0XRbiWog

What does the CAG report say?

The Comptroller and Auditor General (CAG) report were submitted to the Rajya Sabha today. CAG report says compared to the 126-aircraft deal negotiated by the Congress-led government, India managed to save 17.08% money for the India Specific Enhancements in the new contract.

India had wanted 13 specific changes to the Rafale jet to make it more suited to the country’s defense parameters. The CAG report suggests that the cost of these upgrades is far cheaper now.

It does not include the controversial and key point of pricing as the Defence Ministry maintained that these details could not be revealed. The parts in the report referring to cost are redacted, which may provoke fresh opposition attacks.

Aspects of the deal that is more expensive include engineering support package and performance-based logistics.

Paracetamol not recommended to 15-18 age group post-vaccination. Why?