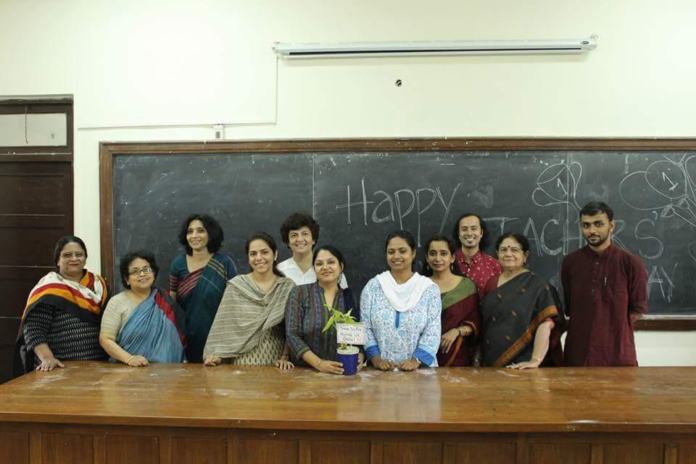 In Jaipur’s Rajasthan, 2nd Higher Education Human Resource Conclave begins. It is a two-day event which began on Monday. In the event, Rajasthan Higher Education Minister Kiran Maheshwari said that seventh pay commission recommendations would be implemented for college teachers in a couple of days. This announcement is one more gift by Rajasthan government to the state. Know more.

While addressing 2nd Higher Education Human Resource Conclave on Monday, she made this announcement. During her address, she also talked about popular Dishari App. She applauded the app and said that it provides free study material to those preparing for competitive examinations. Till now, almost two lakh students downloaded this app.

Further, on the occasion, Rajasthan Higher Education Minister unveiled Vision Document- 2022, to boost the state’s higher education sector. Under Rashtriya Uchchatar Shiksha Abhiyan, the Centre has allocated Rs 3.53 billion to develop college infrastructure. In Rajasthan, 100 colleges are developed by providing them Rs 20 million each under the initiative.

2nd Higher Education Human Resource Conclave
This two-day conclave is organized by Department of Higher & Technical Education in association with Elets Technomedia in Jaipur. Union minister Prakash Javadekar inaugurated the event. This event is attended by Deputy Chief Minister of Telangana, along with Education Ministers of Manipur, Nagaland and Uttarakhand.

Dishari App
Dishari app was launched in 2017. With the help of this app, students get to solve interactive quizzes. It features questions related to mathematics, general knowledge, current affairs, computers, reasoning, and economics.

Omicron alert in Karnataka: Portraying how Omicron can infect and path to follow