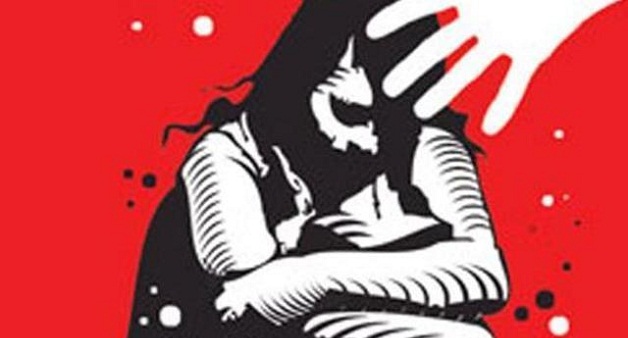 Haters are gonna hate, but law and order has improved in Rajasthan, in last 2 years. Cops arrested the ‘mystery’ abductor identifying him as a local businessmen, despite lack of clues.

Quick action by Jaipur Police foiled what could’ve been another raffish Delhi-rape incident in the dead of night. In an operation that lasted for 3 days, headed by Jaipur police commissioner Sanjay Agarwal, an efficient team of cops located, detained and question more than 800 taxi drivers in the city; finally tracking down the accused on Sunday. He was arrested in Vishwa Karma industrial area on account of abduction, molestation and attempt to murder of a 22-year-old charted accountancy student in C-scheme on Thursday.

It was a Businessman, not Cabbie who did IT!

According to the local police, the accused Neeraj Gupta is a 31-year old rich handicraft dealer with a strong inclination towards late night parties, alcohol and beautiful girls. He’s suspected to be a habitual criminal, who has attempted to molest other women in past. Few hours before molesting the victim, he was chased out of the same pub, for his lewd intentions towards other female occupants.

The victim, who’s a native of Punjab, got into Gupta’s car with her other two friends, mistaking him for their Uber cab drive. The accused pretended to have a flat tyre on Harmada highway, got the backseat occupants down and drove away with the victim intending to rape her. After a failed rape attempt, he tried to kill her on spot, but dropped her near Daulatpura flyover as soon as he spotted the highway team on patrol. Meanwhile, the two petrified women were traced on a dimly-lit VKI road by a highway police.

Terrified women sought help from nearby police station. Immediately, three Chetak units fled to spot and saw the accused feeing from there. The victim was found in unconscious state under the flyover in wee hours of morning by the policemen. Marks of struggles present on her face were signs of molestation. Thereafter, all the police stations in the city were informed and teams were appointed to search for clues.

A ‘blind case’ where Police had No Clues

As per commissioner, it was difficult to trace accused for there were no CCTV footage, eyewitnesses or solid evidences supporting incident. Also, the victims were clueless about driver’s identity or the colour and model of his car.

Many people doubted Rajasthan police’s capability and accused BJP government on grounds of women safety, but this did not deter them. The system immediately sprung into action, deploying 2 deputy commissioners, 50 investing officers, 200 constables for this case. Ashok Gupta, DCP West (Rajasthan Police) cleverly directed the team to investigate 25 different taxi models used by cabbies in Jaipur.

The victim was requested to identify the insides of the vehicle, but this did not help much, as none of the car models matched her descriptions. This led them into thinking that the vehicle was not a ‘regular taxi’, but a posh sedan used by an affluent person. Agencies were involved and checks intensified as the police shifted their focus to private luxury vehicles. At some point, the victim remembered the front door handle pulled out during her struggle for escape. This was a solid clue for the cops, as they had to look for cars with missing front door handles.

Luckily Lady Luck smiled on them. A random morning walker who had spotted an unknown Skoda model in Daulatpura area on Friday, reported this incident to the police. All nearby RTOs (Churu, Dausa, Alwar and Sikar) were directed to track that vehicle.

After a long, struggle some day, the police finally the molester’s vehicle number (RJ 32 CA 3199) and retrieved its registration details. They chased down the accused, who was hiding in his factory warehouse in Laxmi Narayan Puri. The location helped since it was close to the crime scene. Marks present on his shoulder were telltale signs of struggle so the police arrested him.

The cleverness, intelligence and vigilance of the policemen as well as strict legal action taken by Rajasthan Government helped solve this case, thus restoring people’s faith in law and order. Despite what haters say, it seems things have sobered up under CM Vasundhara Raje’s tenure. With the inauguration of Rajasthan’s first lady patrol team in Udaipur now, things will get better and safer for women in the near future.