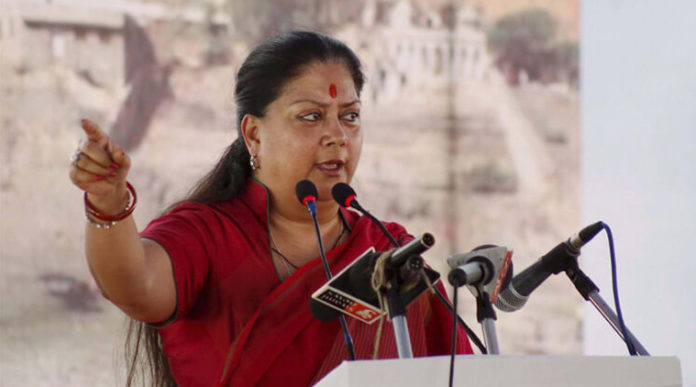 Known for comforting its residents and fulfilling their aspirations, Rajasthan Government is on its toes to tackle any hard times which may hover over the public.

In the current scenario of crude prices surge, Rajasthan Government took the charge of tackling the surge by reducing VAT on fuel prices by 4%. What this means is that the diesel will come down by Rs. 2.5/ litre in the state. The prices have been effective from Monday, i.e. today.

Congress opts for destruction, not solution

Riding on an aimless mission and marketing gimmicks for gathering vote banks, Congress didn’t take charge of formulating a solution to the problem. Rather, it took to destruction and hatred (as always). They decided to call a “Bharat Bandh” against the unchecked prices.

Going into the figures, the government has reduced VAT from 30 to 26% for the petrol. As far as the diesel is concerned, the Rajasthan Government has slashed down 4% from 22 to 18 percent. The happy news was announced at a public meeting in Rawatsar in Hanumangarh district. The public meeting was a part of the ‘Rajasthan Gaurav Yatra’.

Rajasthan Govt. slashes prices; offloads the burden of the public.

The Rajasthan Government’s decision to slash down the VAT will cost a whopping sum to the government. The estimated amount by which the burden on exchequer will increase is around Rs. 2000 crores. Needless to say, the decision will benefit the people of all segments and sections – whether it is women, farmer or a middle-class employee.

This may be seen as a strategic step ahead of the upcoming assembly elections, but what it means for the public is only benefit. Where the entire country is struggling with increased petrol prices, the Rajasthanis have got big relief in the form of the VAT reduction, as announced by their Chief Minister Vasundhara Raje, who is also widely known as a people’s leader.