Nationalist Congress Party (NCP) leader Sharad Pawar met Prime Minister Narendra Modi over the farm crisis in Maharashtra, giving signs of forming a government in the state after a week of President’s Rule.

“Due to the prevalence of Presidential Rule in the state, your urgent intervention is highly necessitated. I shall be grateful, if you take immediate steps to initiate massive relief measures and ameliorate the miseries of distressed farmers,” Mr Pawar wrote to PM Modi in a three-page letter.

The significance of the meeting is very high because it is being held at a time when Sharad Pawar’s NCP is the strongest contender to form an alliance that can take power in Maharashtra after no party won a majority in last month’s election. Some also believe that Sharad Pawar will be offered the President’s post if both of them reach an agreement.

This meeting is taking place after Prime Minister Narendra Modi praised NCP in parliament on Monday.

“Today, I want to appreciate two parties, NCP and BJD (Biju Janata Dal of Naveen Patnaik). These parties have wonderfully adhered to parliamentary norms. They have never gone into the well of the house (to protest). Yet, they have made their points very effectively. Every political party, including my party, should learn from them,” the Prime Minister said in his opening a debate.

Meanwhile, Shiv Sena leader Sanjay Raut, who has been in constant touch with Mr Pawar claims that it was he who had requested the veteran leader of Maharashtra to “brief the PM about the farmer crisis”. Mr. Raut was also quick to comment that NCP & Congress are very close to forming an alliance with Shiv Sena but these speculations not being a done deal was fueled by Sharad Pawar’s cryptic, noncommittal replies to the media. 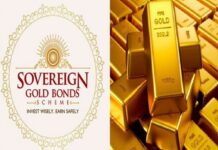