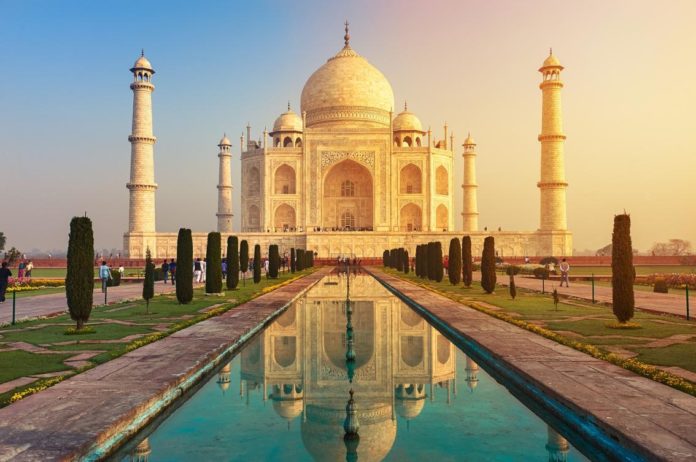 The Taj Mahotsav in Agra is an annual celebration of the rich culture of India which is going to commence from 18th February and will go on until 27th February. It showcases some of the finest craftsmanship from around the country and also offers a range of fun-filled activities. From folk dances to dramatics and from delicious food to hand-made artworks, the fair has everything that a tourist could ask for.

This year’s Taj Mahotsav will be based on the theme of Lord Ram instead of Mughal Empire. The inauguration will be done by CM Yogi Adityanath and Governor Ram Naik. The show would start with a dance drama on Lord Ram by Sriram Bharti Kala Kendra. On February 19th, folk singer Malini Awasthi will perform on the stage and on the next day Qawwali Singer Aslam Sabri will entertain the audiences.

On February 21, the renowned Bharatnatyam artist from Goa Kshitija Barve will be presenting a solo performance on the traditional compositions of Tanjore Quartet. On day 5, the Black & White Group of Pune will be performing on yesteryear songs, which will be followed by Mushaira and a Kavi Sammelan on the last two days of the event.

This cultural fest was first celebrated in the year 1992 and since then it has become an inseparable part of Agra’s events. The Mahotsav is organized by the Department of Tourism, Government of India and goes on for 10 days. One of the main objectives of the fair is to promote the local artisans and the artworks are sold at economic prices.

Although it’s organized in Uttar Pradesh, the fest actually offers a platform to artists from across the country whereby all artists hailing from different states present their own set of skills and specialties. These include stone carvings from Tamil Nadu, bamboo work from North East India, pottery from Khurja, carpets, and shawls from Kashmir and Gujarat, Kantha stitch from West Bengal, etc.

Artists hailing from different walks of life gather here to represent their regional art form. These include folk dance performances like Lavani from Maharashtra and Sapera dance from Rajasthan. Apart from this, there are various performances pertaining to classical and semi-classical dance forms which are thoroughly enjoyed by the audience.

The biggest attraction of the Taj Mahotsav is the fun fair which is a complete entertainment package for the entire family. From kids to adults, everyone can enjoy the rides including merry-go-rounds, train rides, ferry wheels, etc.
The entry tickets to the fest cost INR 50 for adults it’s INR 10 for children aged between 5 to 10. There is no charge for the foreign tourists as well as for teachers with School Group.