Saturday, October 23, 2021
Home Entertainment ‘Tamasha’ where Deepika is charming and Ranbir boil up to his best

Tamasha is one movie that collects the charm of Imtiaz Ali direction where he experiments with the beauty and nature. The movie which kick starts showing beautiful Corsica, France and the two uncanny people Ved, Ranbir Kapoor and Tara, Deepika Padukone meets each other as two anonymous people Don and Mona Darling. The movie triggers up with a good song ‘Matargashti‘ that imbibes with good energy and give a good push to the movie.

The movie is brilliant with its song and music and direction by Imtiaz Ali churns out the best of the scenes and shots. It is one theatrical approach to explore love, life and love for life. This movie could be a jittery approach for those who are not able to sense the depth of life and for others it is just a fun watch. While it has a deep meaning like Imtiaz Ali movies, it lacks at times in relatibility with the audience. With Ranbir overshadowing the movie, Deepika plays brilliantly and the two looks adorable sharing screen.

The film traces Ved’s journey from following the set patterns of life to getting back to his childhood self where he was in awe of stories and characters. People with an artistic bent in their personality are more able to relate with the movie. Tara plays a high class family businesswoman, who is down to earth and loves the weird side of Ved.

Well, the movie captures the beautiful Corsica and wide angles and let you asking for more. With the fun music which has some emotional entanglement attached, the movie is a great weekend watch. It has a depth which showcases a different angle of life.

Both Deepika and Ranbir have come out as mature performers and prepare a complete Tamasha. 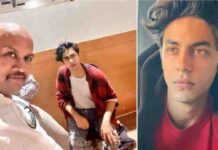