Actress and former beauty pageant winner Tanushree Dutta revelations over Nana Patekar of sexually harassing her ten years back on the sets of move ‘Horn OK Pleasss’ sent shockwaves across the nation. There are continuous speculations that she has done all for publicity. But, the journalist Janice Sequeira and assistant director Shyni Shetty supported Dutta calling them witness of the incident. Well.. several Bollywood celebrities too have made their opinions public about the situation. Many of them supported her while megastar Amitabh Bachchan refused to comment. Know more.

Amitabh Bachchan on Tanushree Dutta’s issue
On being asked about Tanushree and Nana’s matter, Big B said that neither is he Tanushree Dutta nor is he Nana Patekar so how can I answer your question.

Tanushree Dutta hits out at Big B
On this Tanushree Dutta expressed her disappointed. She said ,” I’m hurt, as these are people who do movies on social causes. But when it comes to standing up and doing something about what is happening in front of you, there are these evasive statements that don’t make sense.”

Farhan Akhtar, Priyanka Chopra to Shilpa Shetty and many others extended their support but Dutta is quite cynical about the support from colleagues like Priyanka Chopra and Twinkle Khanna. Tanushree is quite disappointed with Big B’s attitude.

According to the recent reports, Nana Patekar will be sending a legal notice to Tanushree Dutta demanding an apology from her. 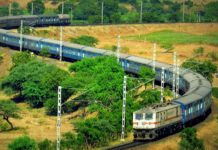