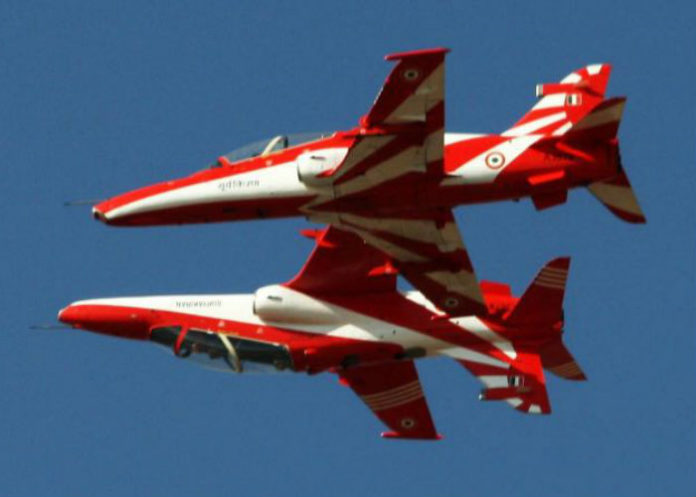 Two aircraft of the Indian Air Force’s aerobatics team- ‘Surya Kiran’ crashed at the Yelahanka air base in Bengaluru. Planes crash came during rehearsals for the Aero India 2019 expo. Both pilots ejected from planes but later one critically injured pilot lost his life.

According to the eyewitness, both the Surya Kiran aircraft collided mid-air during the rehearsal and took a nose dive towards land.

The two aircraft reportedly collided mid-air during the rehearsals for the annual Aero India expo, which is set to begin in Bengaluru on Wednesday.

The Surya Kiran aerobatic team has been an eye catcher at multiple aero India shows and had recently upgraded to the Hawk from Kiran aircraft.

The team had flown in a complete formation, comprising nine jets, on Monday and all parameters of the flights were normal. The team again took off in complete formation for rehearsals on Tuesday when two of the aircraft collided while practicing a certain maneuver.

Fallen, Injured but have not given up.

Prime Minister Narendra Modi and Defence Minister Nirmala Sitharaman to attend the air show. It is not yet clear that the show will be canceled.