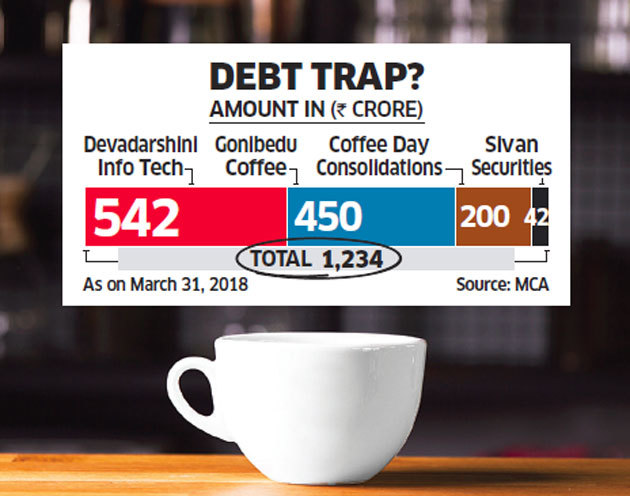 As the missing report of V.G. Siddhartha went on to spread earlier this week, it came out as one of the biggest news. The investigation and search operation since then ran into force and many political leaders showed their concern over the matter.

In the search operation at the Netravati river, the decomposed body of the Indian Coffee King was found. According to the recent reports, Late V G Siddhartha had a debt of over 1000 crores which may have lead to his suicide (allegedly).

In the investigation, a letter by Siddhartha addressing to the shareholders and Cafe coffee day family was found. Siddhartha mentions there how he has failed as an entrepreneur and takes the sole responsibility of everything which has gone wrong. He also mentions the “harassment” he was undergoing at the of previous DG income tax.

While considering the case as a suicide, this letter is important evidence which would have been taken into consideration. The debts Siddhartha has taken has been reportedly summed up to be more than 1000 crores.

This debt reportedly is over and above the consolidation of the coffee business, his IT business and other spheres. However, as he mentions the list of his assets in his letters and also estimates their values, we can see that his total assets are so big in number that they can very easily pay off the debt quoted. The question here comes then why he hadn’t responded in a mature way or was there some internal pressure which made Siddhartha succumb to the situation? The incidence, however, is a very sad event and we can only pray for the departed coffee king to rest in peace.