Monday, January 25, 2021
Home Politics These RG memes will tickle your funny bone like never before!

Ever since we remember, Rahul Gandhi has been creating buzz over the internet world, but not for his new party schemes or his new agendas but instead for the Rahul Gandhi trolls. Whenever one searches for ‘Who is the Pappu in India?’, the Google here flashes the name of politician Rahul Gandhi, further saying, “It is deeply insulting to Pappu to refer Rahul gandhi as Pappu, because one day eventually Pappu passes the exam. “Pappu paas ho gaya.”

Just when you think Rahul Gandhi jokes can’t get better, you have this. Have a look at the best, most hilarious trolls ever made on RG!

He was latest trolled when he mistakenly or probably out his knowledge while addressing the students at the Narsee Monjee Institute of Management Studies (NMIMS) in Mumbai, said, “One day you’re going to run this country, run the institutions, you will be the Steve Jobs in the Microsofts and the leaders … the Facebooks of this country….” Even Steve Jobs would be wondering when did he join Microsoft? 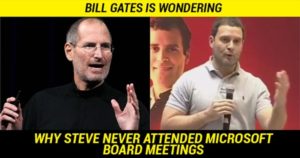 After being caught several times, committing mistakes in his speeches and making some non-political expressions, he has been trolled being associated to the cartoons which are popular among the kids like ‘chota bheem’ ‘doremon’ ‘pikachu’ etc. 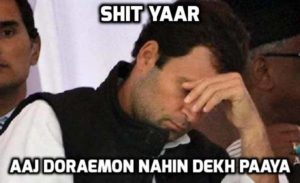 He was also trolled when he attempted milking a cow during his election campaigns in the Uttar Pradesh elections.

Words fail to capture his awesomeness but these Rahul Gandhi memes do. Here are few more RG memes which are trending on the social media. 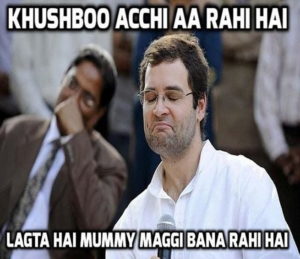 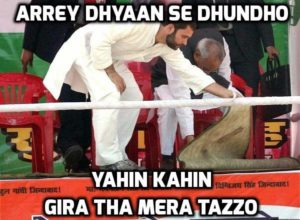 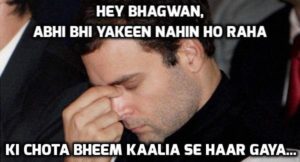 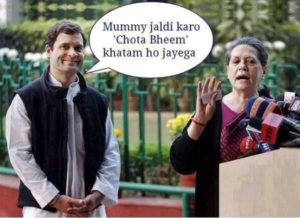 Don’t you think he is a real social worker giving the country a much needed laughter dose? 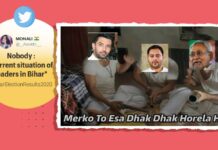