Union Defense Minister Manohar Parrikar, leading from the front said India can take operation against ISIS terror group, but only under a UN flag if the global body adopts a resolution in this regard. The statement from defense minister came out on Wednesday 16th December, during a media conversation at Amar Jawan Jyoti on Vijay Divas.

The defense minister recently became part of a crucial meeting with US defense minister Ashton Carter in Washington. In this meeting India has agreed on sharing intelligence on the ISIS and it will be enhanced.

Parrikar in his conversation with media representatives said “We have made it clear that if there is a UN resolution and if there is UN flag and a UN mission, then as per India’s policy to operate under UN flag, we will participate.”

On asking about the possibilities of India’s participation in operation against ISIS, Parrikar replied “That depends on whether UN takes a resolution”.

In the other recent event held over ISIS issue, India had participated in a global meeting at Paris, which discussed mechanisms for combating clandestine and largely undetected terrorist financing network of Islamic State.

During the meet Indian security agencies suggested that nearly 20 Indians are currently fighting for ISIS both in Iraq and Syria. It includes two from Kalyan region of Maharashtra, Australia based Kashmiri, one youth from Telangana, one from Karnataka, an Omen based Indian and a Singapore based Indian. 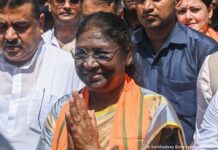 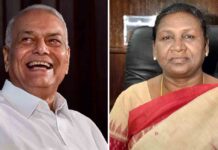 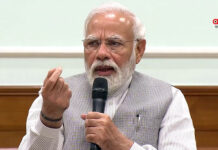 My soldiers will be equipped with weapons that their rivals won’t even think of: PM Modi