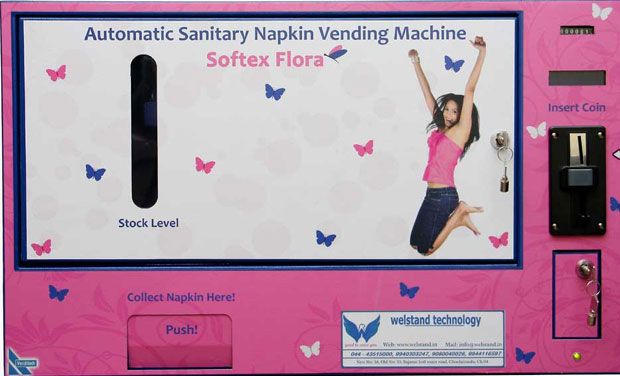 Menstruation is a subject that has socially been considered a taboo and is ingrained with misconceptions and indifference, with little awareness of the hazards of inadequate menstrual protection. No wonder about 68 per cent rural women cannot afford sanitary napkins available in the market.

According to gynecologists, use of alternative sanitary care measures such as unsterilized cloths, sand and ash make women susceptible to infections and diseases. On the issue of affordability of quality sanitary care, a survey found that 81 per cent rural women use unsterilized cloths since they are cheaper and 68 per cent said they cannot afford to buy sanitary napkins. Adolescent girls in rural India are unable to attend up to 50 days of schooling in a year due to inadequate menstrual care, the report said.

In fact, data suggests that more than 33% of the disease burden and almost 60% of premature deaths among adults can be associated with behaviors or conditions that began or occurred during adolescence. Adolescent girls are particularly vulnerable biologically to reproductive tract infections (RTI) and sexually transmitted infections (STI).

Menstrual hygiene & Sanitation education alone may not be sufficient to induce behavior change. It has to be complemented with facilities such as providing each adolescent girl in schools with sustained supply of safe and hygienic sanitary napkins during her entire period of schooling. Sanitary Napkin Vending Machines is an innovative use of technology for enhancing access to sanitary pads in rural schools. Recently, Ajmer district launched these machines at ‘Janana hospital’ on Wednesday. About 70 such machines will come up at various places including jails, bus stand, polytechnic colleges, schools and other areas in the coming days. Ajmer district became first in the country to have these machines in that quantity. In view of the stigma and social taboo associated with sanitary napkins, majority of the females feel embarrassed and hesitate to go to the commonly known, manned and often crowded conventional/medicine outlets for sanitary napkins, resulting in unsafe practices, and use of unhygienic materials during menstrual periods. On other hand, Disposal of the used Sanitary Napkins has been a very common problem everywhere.

Similarly, the District Administration of Nagore, in a unique initiative, has started making efforts to enable women run self help groups manufacture low cost, hygienic and good quality sanitary napkins. The aid shall be given in the form of rotating funds and the sanitary napkins thus manufactured shall be nominally charged at first, making them free of charge gradually.

The purpose of these initiatives is to promote healthy practices among Indian population by way of Women Hygiene and safe disposal of used napkin pads. This will not only promote women health but also provide complete. Ensuring easy availability of Sanitary Napkin Pads for the target girls / women shall promote safe and hygienic sanitation practices and ensure safe and environment friendly disposal of used napkin pads.

Chief Minister of Rajasthan Vasundhara Raje’s vision is to empower the women of this patriarchal state. Immediately after she came into power in 2013, CM Raje launched the Bhamashah direct benefit scheme making it clear that the woman is going to be a leader in every household of Rajasthan. The Chief Minister has also launched Rajshree Scheme under which every girl in the state shall receive a financial assistance of Rs. 50,000 during the course of her education. CM Raje has often said that the learning of the women leads to the learning of her family, and thereafter the learning of the whole society. The first woman Chief Minister of Rajasthan has consistently worked towards making the women of the state strong – physically, mentally and socially. Let’s hope these efforts lead to the dream of a gender-balanced Rajasthan turn into reality. 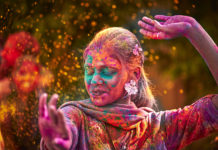