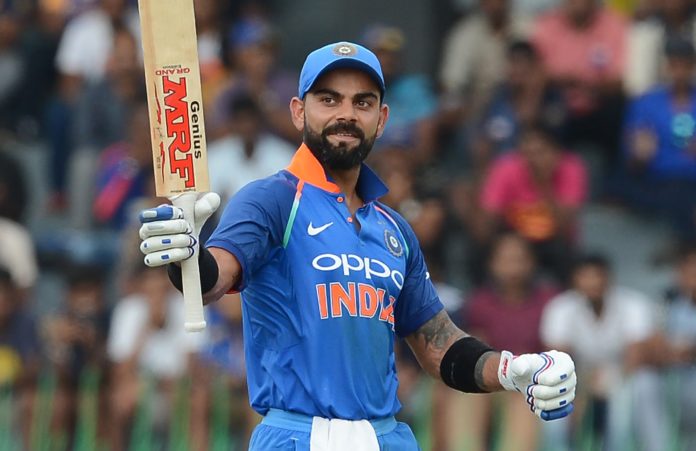 Virat Kohli has added new feathers to his wings. He has now become the fifth India batsman and 13th overall to score 10,000 runs in the 50-over format. There is no stopping for this talented man. At the age of 29, he has broken one other record. This seems that he has been on a record-shattering spree.

Breaking records
With this record of fastest making 10,000 runs in One-Day Internationals (ODIs), he has surpassed the legendary Sachin Tendulkar. Sachin Tendulkar made this record in 259 innings in year 2001 while Virat has scored it in 205 innings. In the 2nd ODI against West Indies at Visakhapatnam, Virat made a record. In the list of Indian batsmen who have secured 10,000 runs are Sourav Ganguly (263), Rahul Dravid (287) and MS Dhoni (273).

Kohli, who scored a century in the first ODI, needed 81 runs to reach this landmark. He did it in style. Along with this, he also broke another record of Sachin. He became Indian player to score highest run against West Indies in 50-overs format.

Soon after he broke the record, there was uproar in the stadium and his fans were dancing. His teammates applauded him for this remarkable achievement. In fact, Twitter starts to congratulate him.

Congratulations #KingKohli on becoming the fastest to 10000 ODI runs. What a player ! pic.twitter.com/fUkMgldTEx

1⃣0⃣,0⃣0⃣0⃣ ODI runs and in no time!! Congratulations on the record @imVkohli #Virat10k 💪