New year means mounting expectations and hopes. These expectations include many facets like India excelling as multi-sporting nation and country moving on from IPL fever and heading to Test matches. Moving away from the field, we also expect Indian sports administration heading above the mean tactics and live up to the principals of fair governance. We also dream of Indian Olympics putting themselves rescuing position and weaving the systems and structures that may prove to be fruitful in the next multi-sport event around 2018.

Why would nation will not expect that much when just during the start of the year, two major developments add some volume in the hopes. One is decision taken by Sports Ministry for recognizing the Indian Olympic Association for appointing Suresh Kalmadi and Abhay Chautala at the position of life presidents and the other is Supreme Court’s thundering landmark decision on January 2, which shuffled the grounds of Indian Cricket. 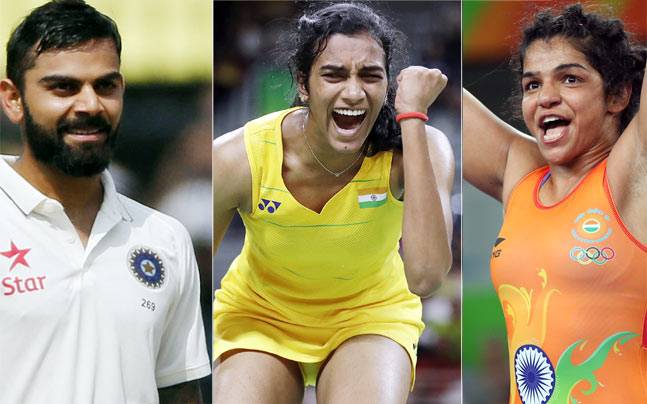 Team under the surveillance of Virat Kohli had a remarkable 2016, year. There was trail of wins starting from the Caribbean. Both Virat and Ashwin could extract best out of their potentials.

Olympic sporting is full hopes this year with badminton, wrestling and shooting, Olympics never had as much lively structure as in last year. How can come over Sindhu’s silver medal victory in Rio.

And the recent sport niche release, Dangal has brought the flair of new interest in the wrestling sport.

All the inefficiencies can be managed by the administration lest all other sports accommodate a system like Lodha style for the sports. Lodha mentioned that, “With the Supreme Court adopting the reforms, there’s reason for them to be adopted by other sports federations for they can only go on to help Indian sports in the long term.”. Thus, this coming year can be little tormenting for the sportspeople.