Two legends from different fields going to make our Diwali special, and it finally happened. Bollywood Star Aamir Khan and Team India’s captain Virat Kohli came together for a talk show to promote Aamir’s upcoming film ‘Secret Superstar’ starring actress, Zaira Wasim. It was a treat of Diwali for all the fans both these celebrities it is already on-aired on T.V but if you missed so don’t worry. Here are some highlights of the talk show.

* Aamir Khan and Virat Kohli tried to solve the Rubik’s Cube, is one of the easiest things for Aamir. During his college days, Aamir could solve this cube in 28 seconds which is actually quite commendable.

* Virat also spoke about the importance of fitness which helps him to become captain of the Indian cricket team.
Aamir Khan then spoke about one of his close friends from the film industry.

* Virat talked about his love Anushka Sharma that, “I’ll talk about the one thing that I love the most about her is that she’s super honest, she speaks her mind.”

Aamir endorsed Virat’s opinion by adding, “Anushka has got a wonderful, warm personality. I’ve worked with a lot of actresses but she’s a very wonderful and honest person like you (Virat) said. She’s very straightforward and honest. She’s a pleasure to work with.”

* Aamir asked Kohli if there is any bowler in the world that he fears going up against, someone who could possibly match up to Kohli’s ‘invincibility’ with the bat, someone who makes India’s skipper nervous.

In reply Kohli says: “Keeping in the mind the recent bowlers I have gone up against it has to Mohammad Amir of Pakistan. He is in the top two or three bowlers in the world and the toughest bowlers I have played in my career. He is one of those bowlers who demands that you bring your ‘A’ Game while facing him. Or he will strike. Outstanding! Very good bowler!” 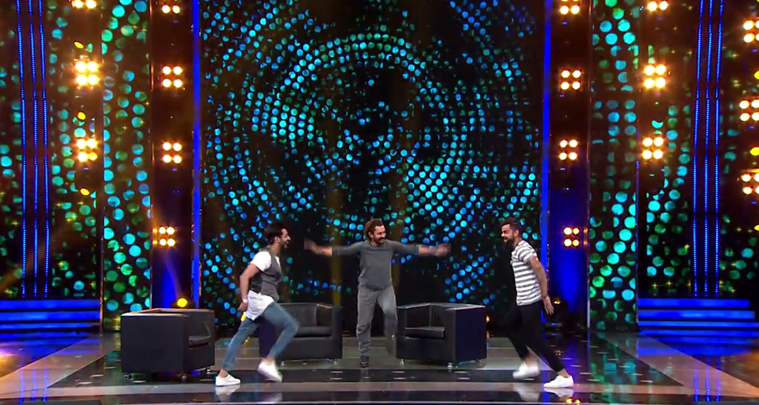 * After the shoot, Virat tweeted: “Had a great time chatting with Aamir Khan bhai, so humble and genuine. Just need to learn the Rubik’s Cube technique from you now!”

Had a great time chatting with @aamir_khan bhai, so humble and genuine. Just need to learn the Rubik’s Cube technique from you now! 😀👌 pic.twitter.com/uyAXlrDMTM

Watch the full episode of the show
https://www.youtube.com/watch?v=XooRiIx9txY&t=819s