Amir Khan has been keeping really busy with the shoot of his upcoming and most anticipated movie Thugs of Hindostan. However, he is really a doting father as he decided to let work take a backseat to ensure he grants his son’s wish.

Amir Khan’s son Azad who turns 6 on December 1 asked his parents for a trip to a theme park. The parents, as everybody thought could have arranged for a theme park set up to avoid public confrontation. However, the loving parents took an off and decided to take Azad to a real theme park and experience the adventure.

The family spent time at the theme work and made the best out of the day. From making splashes to binging on icecreams, Azad and his parents had a great time. There were water rides and roller coasters which Azad ride on with Amir Khan. The pictures reveal just how much the little one was enjoying his time.

This was a sort of pre-birthday celebration getaway for Azad by his parents. The adventure at the theme park was really an exciting one and an unprecedented one for the specky kid. As Kiran Rao said, “This will be his most memorable birthday ever.” 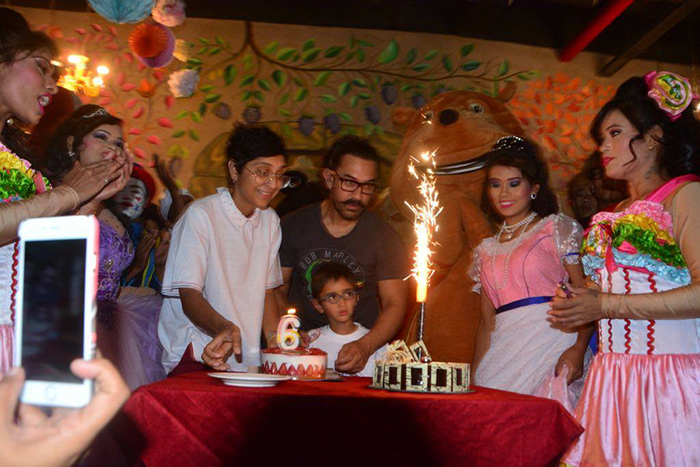 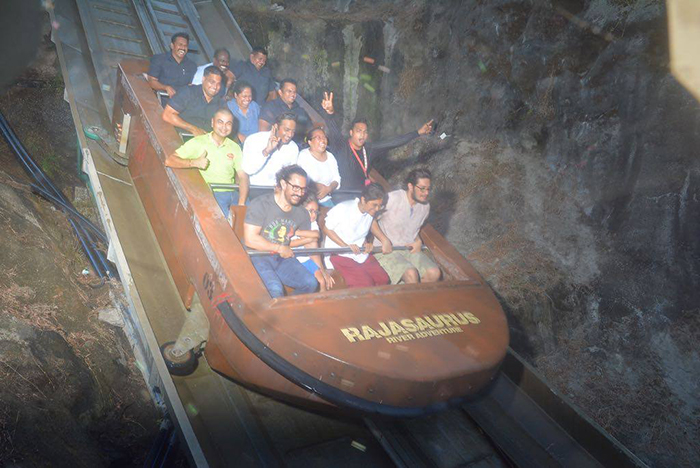 The family is enjoying its time to the fullest. Azad clings on to his father as winds sweep across his face. 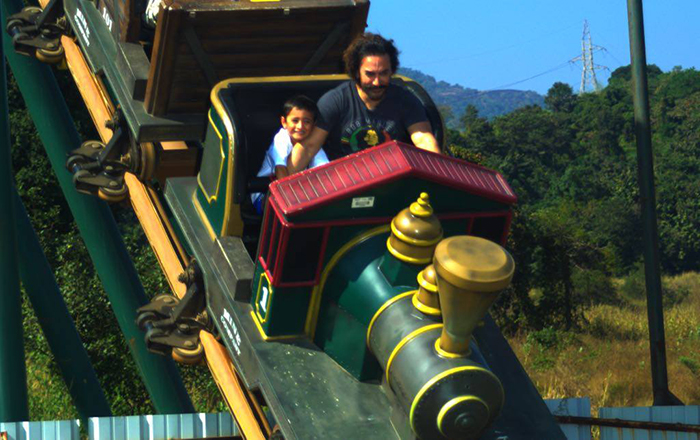 What a happy picture really!

Amir and Azad share quality time together. Amir shows his son something very interesting which has caught his eye. 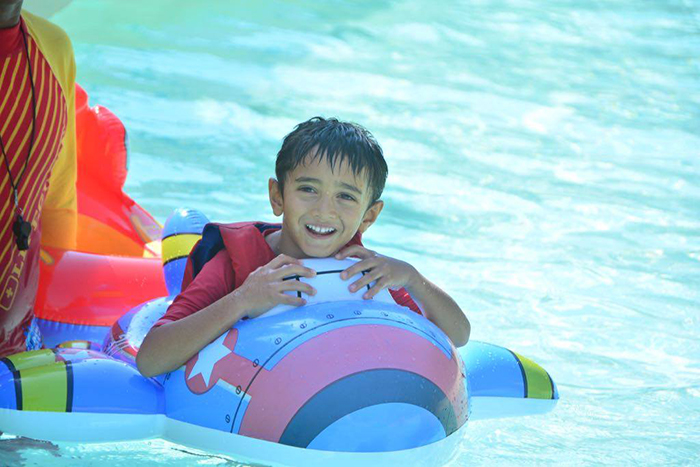 A smile to hold on to. There is so much we can adore in Azad. His geeky looks and his affable smile are just a few of the many reasons he will grow to be a superstar just like his father. Well, as they say, “Like Father, Like Son.”