We all are aware of the assembly election results that left BJP followers delighted as the party secured a clear victory over Congress. However, the names of the Chief Ministers are still not out in both Gujarat and Himachal. So, in order to select a minister for both states, the top decision-making body of BJP decided to dispatch two teams for this task.

For Gujarat, a team led by Finance Minister Arun Jaitley will head towards Gandhinagar while Defence Minister Nirmala Sitharaman along with a team will reach Shimla as an observer. The decision was taken by BJP’s central parliamentary board soon after PM Narendra Modi gave his winning speech in which he talked about India being ready for “reform agenda”.

After the meeting came to an end, Health Minister JP Nadda announced that Arun Jaitley will be accompanied by Party General Secretary Saroj Pandey while Ms. Sitharaman will go to Himachal with Rural Development Minister Narendra Singh Tomar. There, they will be speaking to the respective MLAs in order to elect a new leader of the party.

BJP has secured a victory in Gujarat for the fifth time mainly because of PM Modi’s connection with Gujaratis and the support he garnered from the people, it’s still a question mark as to who will manage the top spot of the state.

Talking about Gujarat, a probable candidate for the position is Vijay Rupani who has won from Rajkot West. It’s the same seat from where Mr. Modi secured a win as Gujarat CM in 2002. Mr. Rupani had already won the 2014 bypolls with a margin of 25,000 against Congress’ Indranil Rajguru.

Analysing the situation for Himachal Pradesh, although Mr. PK Dhumal was named as a presumptive Chief Minister but he lost to Congress’ Rajendra Singh Rana. Now BJP has a free hand to elect any candidate for the position. 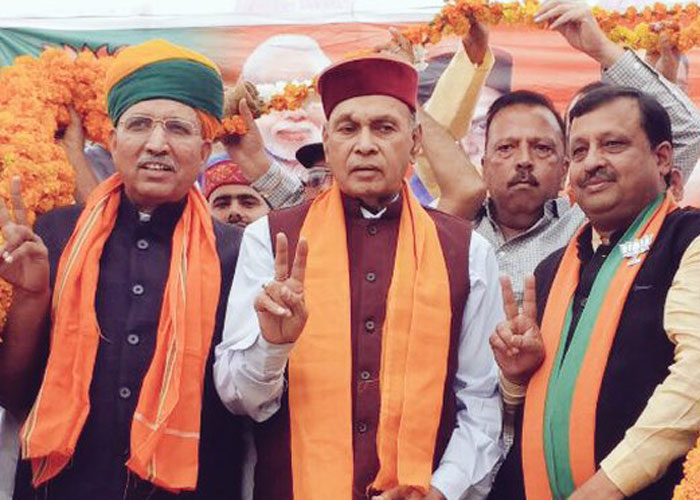 If reports are to be believed, Mr. Dhumal, who is 73 years old and has served as a CM twice, was not at all expecting this defeat. He wanted to contest from his home turf Hamirpur but was told to contest from Sujanpur instead. Now the question is will he still contest for the post and is he still being considered for the job by the central leadership.