The chariot of Rajasthan CM Vasundhar Raje’s Rajasthan Gaurav Yatra is moving ahead. Today, it is the third day of second phase of her prestigious yatra in Jodhpur division. Today, she visited Jalore district. Her yatra began today at 9 am from Abu road. One of the amazing moments held today was CM’s kind gesture. She offered a chocolate to a school boy and shook hands with and him. She asked him to eat chocolate and enjoy. Check out the video.

Today, she warmly welcomed at various places and addressed public gatherings. She held three public meets today -first at Raniwada, second at Bagra and third at Bishangarh (NH-25). She began today’s yatra by seeking blessings of Brahmkumari dadi Janki. During her yatra on Abu Road, a large gathering of people came to meet their CM and support her yatra.

CM Vasundhara Raje thanked BJP partyworkers, Mahila morcha, Bhajyumo and people for extending their warmth and love. While addressing the people, CM expressed her delight over success of her current journey. She also assured people to make monumental progress in the state. CM also talked about the development works done by BJP in last four years. She also laid foundation of ₹ 250 crore projects. 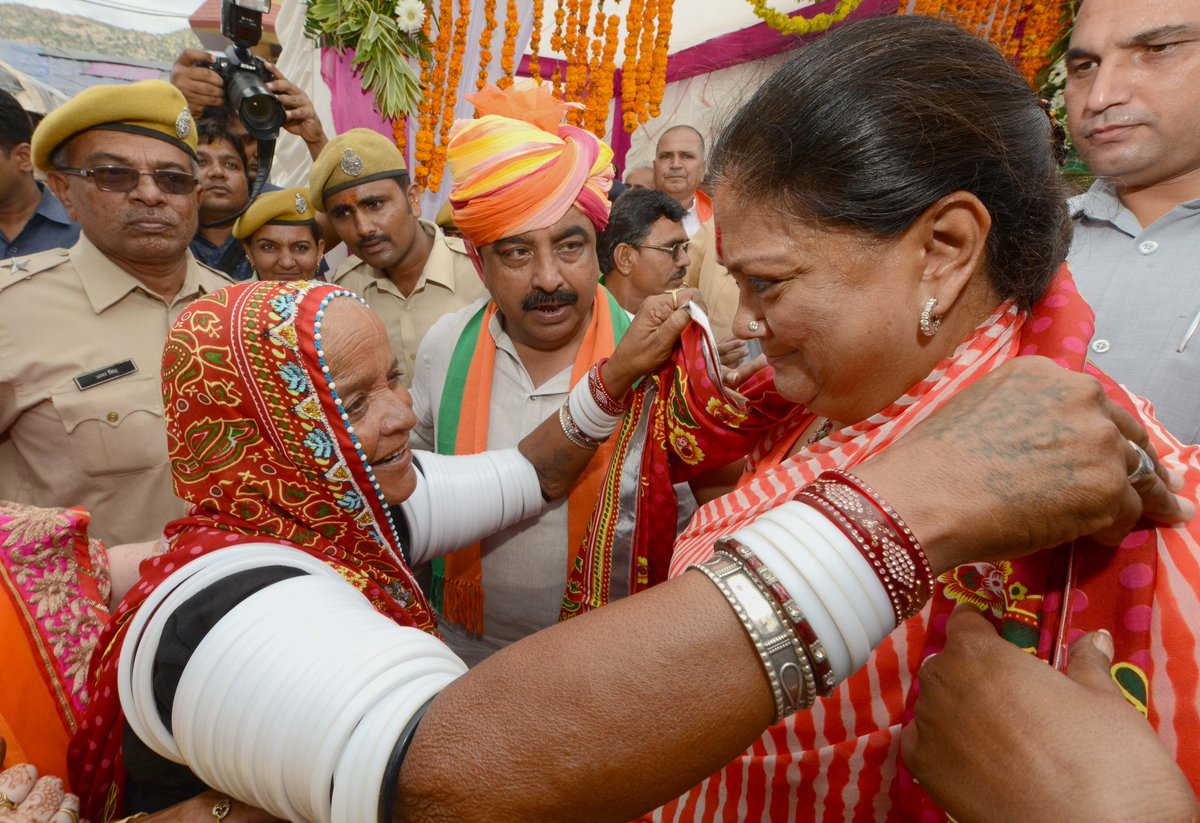 Of Raniwada farmers, BJP waivered loan of ₹ 34 crores. To support the people of Jalore district, the government also waivered loan of Rs 270 crore. Slamming Congress and its works in Rajasthan, CM said that they have done nothing in last 50 years.

The second phase of Rajasthan Gaurav yatra was started for Jodhpur division on 24th August. It is being held in two phases. She is presently under second leg of Jodhpur division. This will end on 2nd September.