Thursday, January 23, 2020
Home Feature Total Dhamaal brought in a piece of work for Amir Khan and...

Bollywood’s most legendary actor Amir Khan stirs up news every time he comes on stage or says something on record. This time, the actor involved himself in the mahurat claps of an upcoming movie.

Amir Khan is a generous at heart and rigid by his choices. However, he is never more than a call away from his friends. Indra Kumar, who is also an eminent director finds a friend in Amir and vice versa. Aamir Khan and Indra befriended each other while they were together working for stellar movies like Dil, Ishq, and Mann.

Amir Khan came to make his friend’s directorial outing count. He gave out mahurat claps to the first shoot of the film. The first shoot had Anil Kapoor, Ajay Devgn, and the beautiful Madhuri Dixit. The first shot was directed by Anil Kapoor. It was Indra Kumar who assisted him during the shoot. 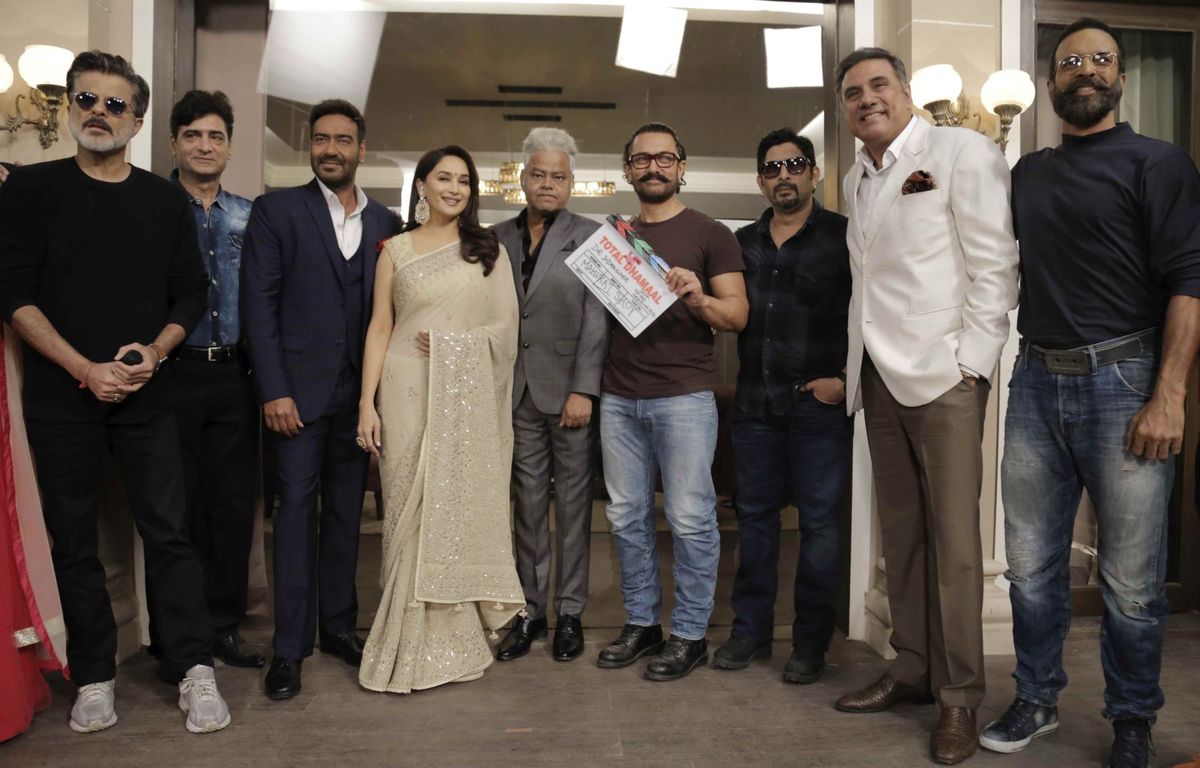 Dhamaal: Then and Now

It was Dhamaal’s cast which took all the attention. The cast has been added with new members from the industry. Apart from the crew in the prequels, Anil Kapoor, Ajay Devgn, Madhuri Dixit, Boman Irani and Sanjay Mishra happen to be the new members of the Dhamaal cast. Also, Riteish Deshmukh, Arshad Warsi, and Jaaved Jaaferi were amongst the ones who were present in the previous films of the franchisee weaving comedy tales for the audiences.

The movie which got everybody’s funnybone tickle and adrenaline soaring high, Dhamaal is back with yet another sequel. The film featured goofed-up scenes, simpleton characters and an added flavour of fun, drama, and entertainment.

Who was the part of Dhamaal Mahurat shoot?

It was the one with a million dollar smile, Madhuri Dixit who was given the charge of turning the camera on for the first shoot of ‘Total Dhamaal’.