Prime Minister Narendra Modi would be addressing a gathering in election-bound Gujarat today. He will address the 50th Nirvana anniversary of Rang Avdhoot Maharaj at Nareshwar, 65 kilometers from Vadodara.

Elections of Gujarat’s 182 seat assembly will be held on December 9 and 14. PM Modi will spearhead the BJP campaigning for the elections from today. Prime Minister Modi last addressed a rally in Gujarat in the first week of the month, now he is likely to one big rally in each of the 32 districts of Gujarat as part of BJP’s election campaign. 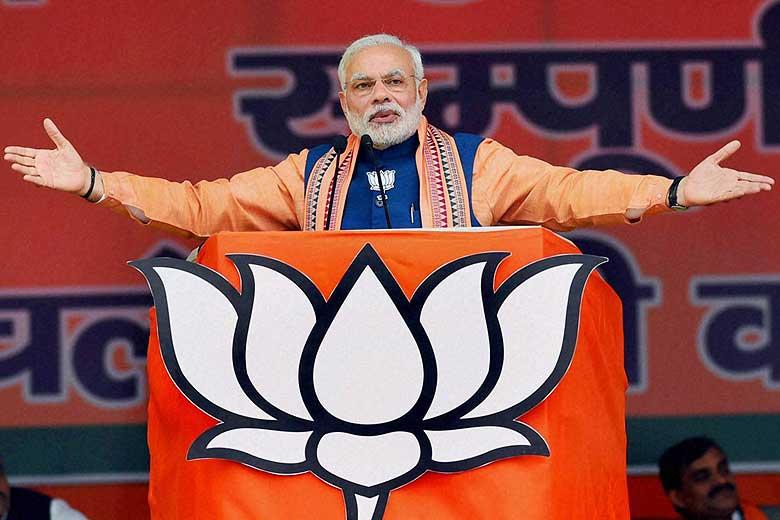 PM has visited Gujarat almost 10 times in last months ahead of the polls to attend various government events, including completion of Narmada Dam and inauguration of a ferry service.

The sources said that PM will also hold public rallies and roadshows in Ahmedabad, Vadodara, Surat, and Rajkot.

The BJP has prepared an “Election Chariot” which will travel in all four zones of the state- north, central, south and Saurashtra-Kutch regions. The chariot was flagged off by party’s National General Secretary Anil Jain and Union Minister Mansukh Mandaviya. 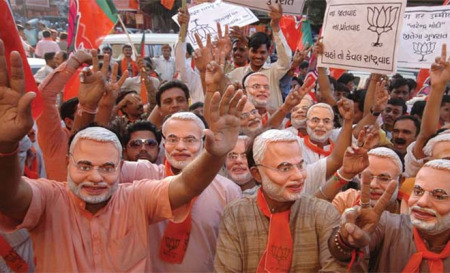