Dr. APJ Abdul Kalam or Avul Pakir Jainulabdeen Abdul Kalam, a name from which every Indian is quite familiar. India is a land of diversity and has always been famous for being the birth place of some of the renowned names who changed the world’s perspective. Bringing a change is not easy but what makes you special is your way of looking at the world. As it is rightly said, ‘Gods’ does not grant special eyes to special people; rather the special people have a different outlook of seeing the world’.

Dr. APJ Abdul Kalam (15th October 1931 – 27th July 2015) is one of the legends that have taken birth on the holy Indian land. He was the 11th President of India from 2002 to 2007 and has left us all behind on 27th July, 2015. He was a scientist turned politician turned teacher and much more. There were many roles that he played during his lifetime. But, in each of his role, it was only and only his generosity that was prime face on his face.

He was born and raised in the Rameshwaram town of Tamil Nadu state in India. He studied physics and did aerospace engineering from Madras Institute of Technology in 1960.

Our favorite Kalam wanted to become a fighter pilot but he ranked ninth in the exam and there were only 8 vacancies in Indian Air Force. Since then, he started his career as a scientist and joined the Aeronautical Development Establishment of the Defence Research and Development Organization (DRDO). In 1969, Kalam was transferred to Indian Space Research Organization (ISRO) at the post of project director of India’s first Satellite Launch Vehicle (SLV-III) which successfully deployed ‘Rohini’ satellite in near-earth orbit in July 1980.

Kalam has served as the 11th President of India and proved to be a highly qualified states person. It would be very interesting to know that Kalam was not from a wealthy family who got everything easy, rather he was from a poor Tamil Muslim family and use to distribute newspapers after his school hours so that he could add to his family’s income. This small boy became the President of India solely because of his contributions to the Indian research and achievements he attained during his research career. He was assigned the duties of President on 25th July, 2002 till 25th July, 2007 and he was one of the best Presidents that India has ever had.

Due to his contributions, he received the greatest honor of our country, ‘Bharat Ratna’. In addition to it, he is also a proud recipient of Padma Bhushan and Padma Vibhushan. That’s not all; he was a profound writer and has authored around 15 books on science and nuclear physics. His achievements were so great that he was awarded with honorary Doctorates from a total of 40 universities.

Following are some of the famous quotes of APJ Abdul Kalam which will inspire every generation to work hard and do wonders in their life. 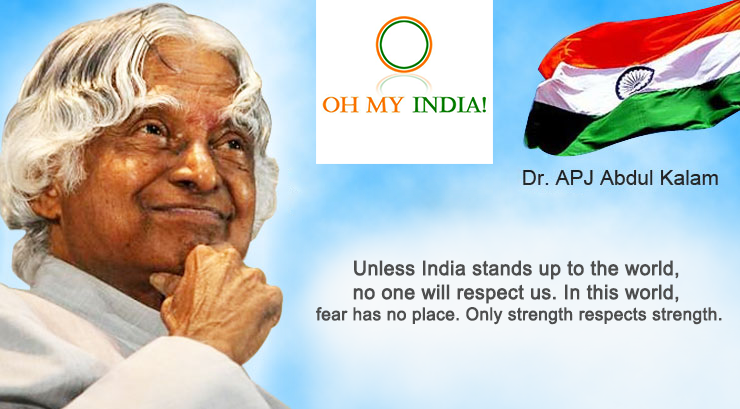 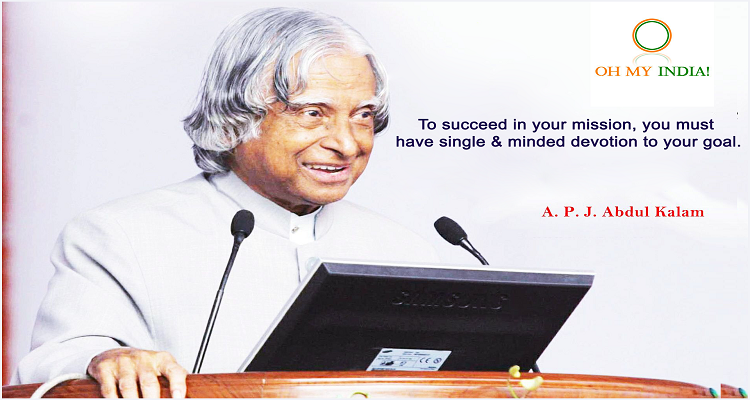 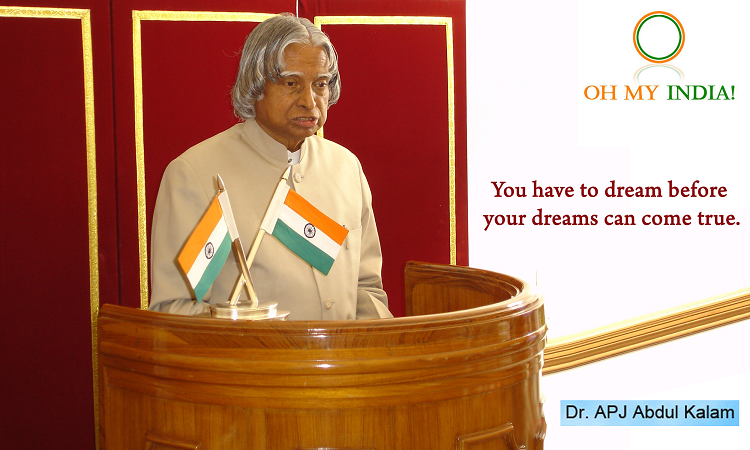 All of the above achievements and awards are nothing as compared to his generosity and simplicity. He was so simple carrying a humble attitude that he was affectionately known as the “People’s President”. He laid emphasis on the correct upbringing and education of kids so that India can have a glorious tomorrow. A film naming “I AM KALAM” was made on his life in 2011 directed by Nila Madhab Panda.

All these roles of APJ Abdul Kalam were ever loving and very affectionate. It is very sad that we lost such a mesmerizing personality at the age of 83 on 27th July, 2015 and tomorrow is his 1st death anniversary. India is surely missing him. Such legends are not born every day. We love you, we miss you!