Extravagant is what we call it: The 18th edition of the International Indian Film Academy Awards was held in New York on July 15. Big Bollywood biggies graced the event which was one full night of joy and laughter. From Bajrangi Bhai Salman Khan to Shahid Kapoor, Alia Bhatt, Sonakshi Sinha, Sushant Singh Rajput, Kriti Sanon and Varun Dhawan made IIFA 2017 a memorable event for the onlookers and the real time audience, need we say.

The big IIFA night couldn’t have been hosted by anyone better than filmmaker Karan Johar who teamed up with the suave Saif Ali Khan. While Shahid Kapoor was accompanied by his wife, Mira Kapoor, a whole bunch of celebrities was missing from the gala. 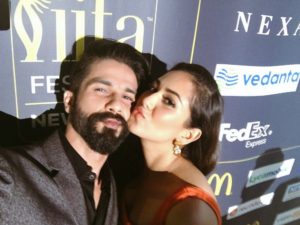 The show stealer was Taapsee Pannu who took the big win home. The oh-so stylish Alia Bhatt was conferred with the Myntra Most stylish Actor. What’s more? The sensual performances of Katrin Kaif are sure to sweep you away from your feet.

IIFA Woman Of The Year

The IIFA 2017 will be broadcasted live soon on Television for you to indulge in some Bollywood drama. Are you excited already?