A few Days ago, the BCCI announced squads for IPL teams who will be playing in the Women’s T20 Challenge and now Indian men’s team captain Virat Kohli has sent his good wishes to the captains of both the teams. It’s going to be a teaser match between IPL Supernovas and IPL Trailblazers at Wankhede stadium in Mumbai.

Dubbed as the first ever Indian Premier League Women’s T20 match, this game could prove to be a stepping stone for the launch of Women’s IPL. The game will be played at 1:30 pm on 22nd May, just hours before the Indian Premier League 2018 Qualifier 1 between Sunrisers Hyderabad and Chennai Super Kings. 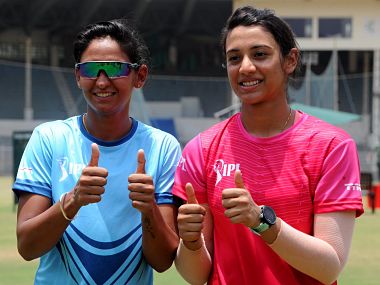 Ahead of the first women’s T20 match, a video was posted on the official twitter account of IPL in which Virat wished good luck to the captains of Supernovas and Trailblazers. Here’s the video:

A message from #TeamIndia Skipper @imVkohli for @mandhana_smriti & @ImHarmanpreet as they gear up for the Women’s T20 Challenge tomorrow. #IPLWomen #Supernovas #Trailblazers pic.twitter.com/IxKVHCGmvY

These teams led by Smriti Mandhana and Harmanpreet Kaur will be joined by some leading international players from New Zealand, Australia, and England as well. Here are the names of the team players:

The match will be telecasted by Hotstar and by Star Sports Network’s channels namely Star Sports Select 1/HD1. The users can also stream it live on Jio TV.