Bollywood actor Irrfan Khan, recently shared a heartwarming picture on Twitter. The image is exuding the positivity as he has a smile on his face. He has been diagnosed with neuroendocrine tumour. He is currently in London for the treatment. In the image, he appeared to be a warrior who is fighting with terminal disease. Get the details.

In his new Twitter profile picture, Irrfan looks physically weaker but very high in the spirit. Wearing a yellow T-shirt, he appears full of life. He is standing near to a glass window with earphones plugged into his ears.

This new picture made his fans extremely “happy”. Khan also accumulated applause due to his positive attitude in such turbulent times. 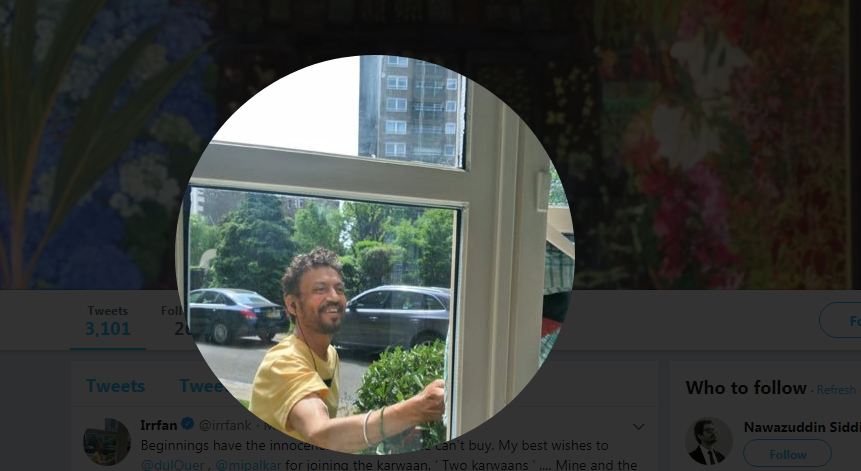 His fans, friends and colleagues were in shock when Irrfan informed about his disease via social media and that he was “fighting for choices”. In fact, the whole nation was shocked to know about the rare disease of its favourite actor.

During his treatment, Irrfan Khan recently wrote a letter that how this deadly disease changed his perspective in life. After his heartwarming note, people wished him a speedy recovery. He also shared that word neuroendocrine cancer was added to his vocabulary.

Irrfan completed the shooting of film Karwaan before his treatment. He promotes his forthcoming film by posting the film’s songs on his Twitter page. The film is releasing on August 3.