Kangana Ranaut has always re-defined fashion and class for the fans like no other heroine in Bollywood. She is one of the trendsetters who doesn’t follow anyone and rather makes others follow her style statements. In her recent picture, Kangana has created a long-lasting charm on her fans.

In the photo, She can be seen in an off-white saree with a sleeveless blouse and minimal makeup with her hair tied in a bun. The location is Coimbatore’s Isha Foundation whereby the majestic statue of Adiyogi stands in the background.

Check out the photo posted by Kangana’s team on Instagram:

And time stood still! #KanganaRanaut soaking in the divinity and seeking the blessings of the almighty at #Adiyogi @isha.foundation @sadhguru

In another photo taken at the airport, the actress can be seen donning a simple saree with pearl earrings, Dior Bag, oversized sunglasses, and pretty white sandals from Vince Camuto. In the post, Kangana is described as ‘symbol of purity’ and ‘vision of oomph’.

When the symbol of purity can also be a vision of oomph. In pearly whites #KanganaRanaut literally takes our breath away as she leaves for Coimbatore today.

Well, it won’t be wrong to say that only Kangana can pull off a simple white saree with so much class and sophistication. While we are not denying that many beauties like Deepika and Priyanka have dazzled in sarees at several occasions, Kangana can pull off this look even at airports. Cleary she is the only actress who will make you realize that sarees are also a suitable choice for traveling.

This is not the first time that we have seen her donning a saree at the airport. There have been several instances when she sported a saree while traveling. Well, what can we say! She surely is the queen who never ceases to slay!

Talking about the work front, Kangana Ranaut will be seen in the upcoming flick ‘Mental Hai Kya’ opposite Rajkumar Rao. Besides, she is going to portray the role of Rani Laxmi Bai in upcoming film ‘Manikarnika’.

Mentioned here are some other airport looks of Kangana Ranaut in which she can be seen donning a saree: 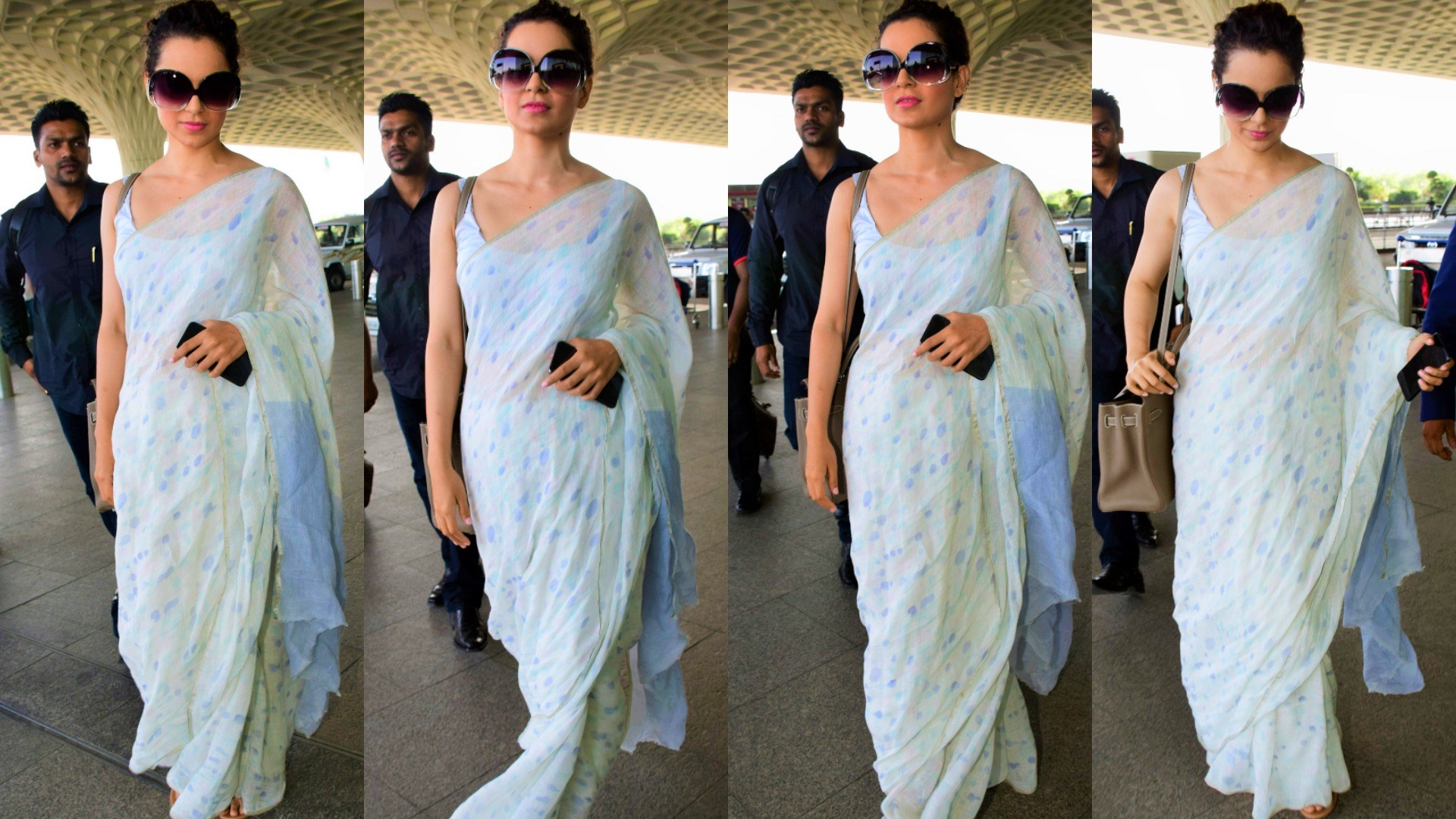 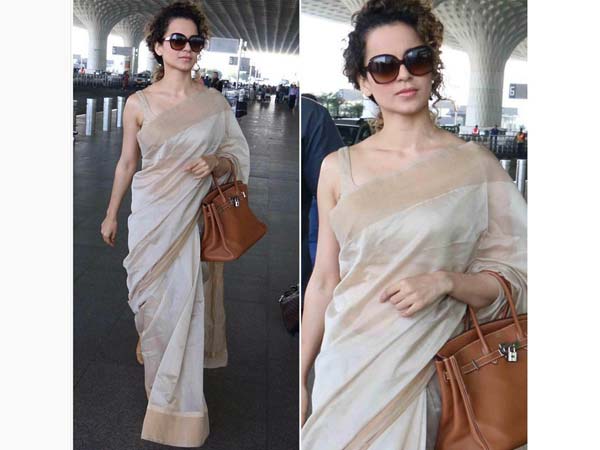