Film and TV actor Mohit Raina, who is currently enjoying the success of Uri: The Surgical Strike says that he felt nostalgic while watching the trailer of Akshay Kumar’s upcoming movie Kesari. Raina told this during an interview with news agency IANS. 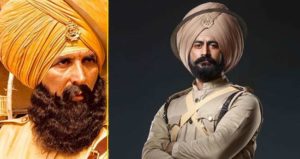 Mohit, who has himself played Ishar Singh (Akshay’s character in Kesari) in Discovery JEET’s show ‘21 Sarfarosh: Saragarhi 1897’, said that he was reminded of his stint as the brave soldier, which he had essayed on the screen a while ago.

Mohit said, “When I saw the promos for the first time, I was quite nostalgic about it because I could feel Ishar Singh since I have portrayed it and lived that character. Akshay Kumar is now portraying that character. Obviously, it would be at a different scale and (will give a) different perspective to everybody. Akshay sir’s turbaned look made me nostalgic.”

Mohit Raina has been known for Lord Shiva’s role from mythological serial ‘Devon ke dev Mahadev’. 21 Sarfarsh and Uri are more feathers to his cap.

Akshay Kumar and Parineeti Chopra starrer- Kesari is based on the Battle of Saragarhi, where 21 Sikh soldiers had braved the Afghan army of thousands of men.

Kesari has been jointly produced by Karan Johar, Aruna Bhatia, Hiroo Yash Johar, and Apoorva Mehta. It will release on March 21.